Angelina Jolie could lose primary custody of her kids if their dad, Brad Pitt, continues to be denied access. A judge ruled that if she doesn't help repair her children's relationship with her ex, she could be the one really hurting. New court documents reveal a judge's comments explaining that Brangelina's six children "not having a relationship with their father is harmful to them." The judge adds that "it is critical that each of them have a healthy and strong relationship with their father and mother." The court even set up a detailed visitation schedule for Brad this summer and ordered that he be able to contact the kids on their cell phones at any time without interference from their mom. Further, the court issued a stern warning to Angelina: "If the minor children remain closed down to their father and depending on the circumstances surrounding this condition, it may result in a reduction of the time they spend with [Jolie] and may result in the Court ordering primary physical custody to [Pitt]." Angie's team had a blistering response to the custody drama after multiple outlets accessed the court docs. "It's deplorable that someone, for their own selfish reasons, leaked selective portions of the confidential and sealed court record to create an inaccurate and unfair picture of what is really happening. This misleading leak is not in the best interests of the children," the statement from her camp read. "From the start, Angelina has been focused only on their health and needs, which is why it was so important that this last court hearing be conducted privately."

RELATED: Celebs and their lookalike kids

That. Was. Fast. After just a couple of weeks of dating, Ariana Grande and "Saturday Night LIve" star Pete Davidson are engaged. A source told People magazine on June 11, "They're just two people who found love quickly and make each other happy all the time. They both started talking about it this past weekend. It's nothing they've been hiding." An insider told Us Weekly, "They are not rushing to get married." Ariana and Pete's engagement comes less than two weeks after they went Instagram official. On June 12, it was reported that Pete dropped almost $100,000 on a pear-shaped diamond ring.

Farrah Abraham was arrested at the Beverly Hills Hotel in the early morning hours of June 13 on charges of battery and trespassing after fighting with a hotel security guard. TMZ reported that a hotel security officer asked the "Teen Mom" alum to leave the hotel after she got into a verbal spat with some guests. The officer said Farrah hit him in the face with her forearm, grabbed his ear and pushed his head as he tried to prevent her from reentering the hotel. Multiple media outlets reported that Farrah appeared to be intoxicated. Farrah later told TMZ that she did nothing wrong and was "targeted" because she's famous.

A contestant on the current season of "The Bachelorette" starring Becca Kufrin was convicted of a sex crime just days before the show premiered on ABC in May. Reality Steve was the first to report that Lincoln Adim was convicted of indecent assault and battery on May 21 in Suffolk County, Massachusetts, for an incident that occurred in 2016. Lincoln — who is currently still in contention on the show — was found guilty of groping and assaulting a woman on a boat cruise and sentenced to a year behind bars, but the jail term was suspended for a two-year probationary period. He was also ordered to stay away from the victim and attend three Alcoholics Anonymous meetings per week during those two years. He is also expected to register as a sex offender. Warner Bros., which produces the show, issued a statement claiming that Lincoln "denied ever having engaged in or having been charged with any sexual misconduct." Warner Bros. further explained that it employs a third-party to do background checks on contestants and is "currently investigating why the report [on Lincoln] did not contain this information, which we will share when we have it."

Wayne Newton and his wife were unharmed when two men broke into their Las Vegas home. Wayne actually scared the two men away. The two burglars are believed to have gotten in via a window in the late-evening hours of June 13. Just before midnight, Wayne was arriving home, having just finished a concert. The men fled upon the singer's arrival. Patrol cars, police helicopters and K9 units all searched for the crooks to no avail. Wayne said he's bolstering his home security system and adding 24-hour armed guards because of the burglary. "We are grateful for the officers' fast response and attention to this incident," the Newtons said in a statement. "We are confident that our home surveillance video will lead to the apprehension and arrest of these individuals."

Rosie O'Donnell's daughter Chelsea, 20, has filed for divorce from Nick Alliegro, her husband of less than two years, and is expecting a child with her new boyfriend. She's also "reconnected" with her mom (the two have had a complicated relationship over the years). Chelsea's new boyfriend, Jacob Bourassa, announced on Facebook that she is pregnant. He also shared images of her baby bump as well as two sonograms. "Loves of my life can't wait to meet my little one," he wrote. This will be Rosie's first grandchild.

Vince Vaughn was arrested for suspicion of driving under the influence on June 10. He was also booked into jail on charges of obstructing an officer. According to multiple reports, Vince was stopped at a DUI checkpoint in Manhattan Beach, California. Initially, he refused to get out of the car. A friend who was also in the car was arrested for obstructing officers and public intoxication. Both men posted bail after several hours in jail.

"Dancing With The Stars" pros Val Chmerkovskiy and Jenna Johnson are engaged! Val proposed in Italy. Jenna posted a photo of the moment her beau popped the question. "I knew the moment I met you, you were the man of my dreams and I wanted to be with you forever. Babychka," she wrote on Instagram. "Thank you for making my fairytale come true today! Cannot believe I get to call you my FIANCÉ!!!! #engaged." Val posted two photos of the moment to Instagram as well. "I can't wait to make you my wife," he wrote. The couple have dated off-and-on since 2015.

In June 2017, Rebel Wilson won a defamation trial against Bauer Media and was later awarded a record payment of $3.5 million. However, on June 14, an appeals courts slashed her payout in a big way, saying she was owed merely $454,000. Rebel alleged that in 2015, the media company defamed her in a series of articles that claimed she lied about her age, the origin of her first name and her upbringing in Sydney. The articles dramatically hurt her career and damaged her reputation, she said. The day before the latest ruling, Rebel argued that she'd won regardless of the financial judgement. "I'm away on location in Europe filming right now," she tweeted. "As I've said before, I have already won the case and this is unchallenged! This case was never about the money for me."

Barry Manilow was rushed to the hospital on June 13 for a bronchial infection and forced to cancel the opening weekend of his new Las Vegas residency show. Reports out of Las Vegas said Barry was diagnosed with pneumonia and is being treated with antibiotics. "I can't believe this is happening, " he said in a statement. "Our new show is ready, we're all ready, and we were all looking forward to tonight." The singer's "Manilow Live — The Hits Come Home" premiere weekend was scheduled to line up with his 75th birthday, which is June 17. He canceled his shows for June 14-16. 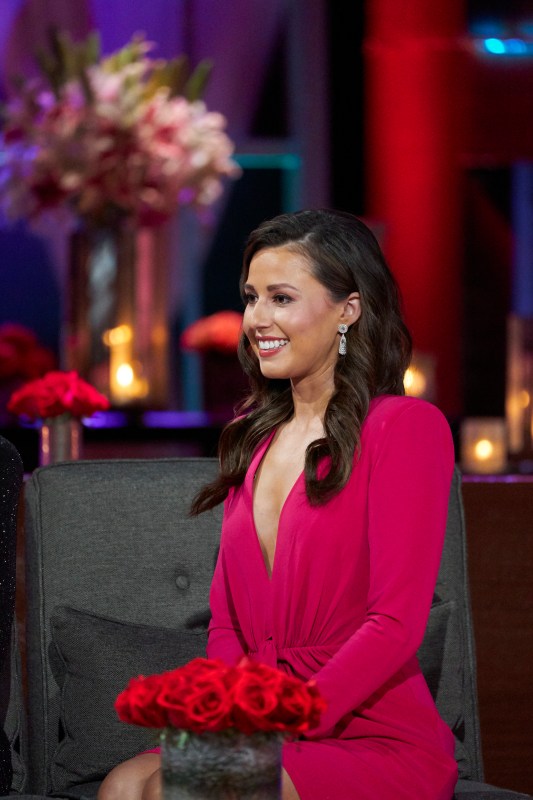 Up Next Sexuality Update