Just in time for their sixth anniversary on Sunday, Sept. 9, Blake Lively indulged in a little social media trolling at the expense of her favorite target: her husband, Ryan Reynolds. Ryan, who has an ownership stake in Aviation American Gin, posted a photo of a massive delivery truck with his mug on it and the words, "Driver does not carry cash, just Aviation gin." In his caption, Ryan joked, "Turns out the driver really doesn't carry cash. But he DOES carry pepper spray… and a s***load of @aviationgin #Aviationowner." Noting the not so "subtle" size of her man's image on the truck, Blake promptly commented, "Who needs a mini van?! I'm driving this from now on. Subtle, gorgeous, and OHMYGAWDYOUREHUGE," according to People. The quip comes after a summer full of gleefully sarcastic remarks on social media for Blake — who in June teased Ryan about a clip that showed him talking to his fictional twin brother ("S—. Your brother is hot," she commented, "I've made a terrible mistake…") — and Ryan, who replied, "You haven't made a mistake. You've been living with him for over a year."

It's hard to tell based on Kendall Jenner's busy New York Fashion Week schedule, but the model is actually not walking any runways the year. That's according to Vogue, which recently reported the 22-year-old fashion 'it'-girl is "taking this season off and making the social rounds instead." Given her controversial comments to Love magazine about being more "selective" than other models when it comes to which shows she'd participate in, Celebitchy wonders if Kendall was actually invited to participate by designers this year, suggesting she may be suffering some work-related losses from her Love comments, which seem to have earned her few friends in the industry. "I was never one of those girls who would do, like, 30 shows a season or whatever the f— those girls do," she said in the Love interview. Despite adding a seemingly positive, "more power to 'em," with regard to the models who do more show than she does, the reaction was generally negative on social media. Among the many people who balked was Sports Illustrated Swimsuit Edition model Vita Sidorkina, who mused, "Maybe 'those girls' need to pay their bills that's why they are doing 30 shows? No words…"

Bradley Cooper and Lady Gaga gush about their immediate connection

If there's such a thing as professional-love at first sight, it apparently happened to Bradley Cooper and Lady Gaga when they started working together on their new film, "A Star Is Born." In the cover story for Vogue's October edition, the two gush rather adorably about how perfectly matched they are for each other as co-stars and for the film in general. "The second that I saw him, I was like, Have I known you my whole life? It was an instant connection, instant understanding of one another," Lady G gushes. "He sings from his gut, from the nectar! I knew instantly: This guy could play a rock star. And I don't think there are a lot of people in Hollywood who can. That was the moment I knew this film could be something truly special." Bradley, meanwhile, had the same kind of flash — although his spark seems to have manifested in, well, pasta. "She came down the stairs and we went out to her patio and I saw her eyes, and honestly, it clicked and I went, 'Wow,'" he recalls. "She said, 'Are you hungry?' and I said, 'I'm starving,' and we went into her kitchen for spaghetti and meatballs."

Good news, Twi-hards: Robert Pattinson is fully prepared to don his sparkly vampire look again and reprise his role as teenaged bloodsucker Edward Cullen in the "Twilight" series. "The amount of time I've spent moisturizing, I'm ready to play 17 at a moment's notice. Ready!" Rob jokes in a new interview with Variety. Adding that it seems like "not a day has passed" since he and his ex-girlfriend, Kristen Stewart, starred in the popular franchise, he noted, "Whenever anyone says that ['Twilight' is] their guilty pleasure, it's like, you say guilty … what you really mean is just pleasure." Despite their highly publicized breakup, Rob, who's now dating Suki Waterhouse, and Kristen, who's reportedly in a relationship with Stella Maxwell, appear to still be in touch, having been spotted out together in Los Angeles this summer.

In the wake of allegations Mel B has not been caring adequately for her children because of issues with alcohol, drug use and promiscuous sex, Mel B's mother, Andrea, is speaking out to defend her daughter as the "X Factor" judge tries to keep custody of the daughter she shares with her ex, Stephen Belafonte. "I can no longer sit back and let this man try and ruin my daughter and traumatize my grandchildren," Andrea tells The Sun (via Page Six). "She's always had a wild streak, but she's a good mom and those kids mean the world to her. I know she has on occasion had a bit too much to drink but I also know the trauma she's gone through being married to Stephen. She has PTSD and she's said she does sometimes drink to numb her pain but never when she's looking after the kids." She went on to accuse Stephen and the former nanny who told a judge Mel used to bring "strange men" home and drink heavily most days of "trying to blacken Melanie's name," asking, "If this were for the sake of her children why on earth did they not go to the police or social services? It's just a joke." Last week, the judge overseeing Mel and Stephen's custody case ordered Mel to submit to drug and alcohol testing. She was also ordered to hire a (new) nanny.

Prince Harry and Duchess Meghan's Pacific tour set to focus on youth leadership, the environment and the Invictus Games

Kensington Palace has shared new details about plans for Prince Harry and Meghan, Duchess of Sussex's first official tour as a married couple. The Cut reports the pair will embark on a 16-day trip to Australia, Fiji, the Kingdom of Tonga and New Zealand beginning on Oct. 16. Their first stops will include visits to Sydney, Melbourne, and New South Wales before they return to Sydney on Oct. 19 for Harry's annual Invictus Games, a Paralympic-style competition for wounded and sick veterans. Following the games, Harry and Meghan will turn their attention to rain forest conservation when they head to Fraser Island in Queensland on Oct. 22 to check out the Queen's Canopy Project, part of the palace's efforts to conserve forested areas in the commonwealth regions. The royal couple will also spend time in New Zealand, Fiji and Tonga before they end the tour on Oct. 31. The trip is intended to "focus on youth leadership, environmental and conservation efforts — including the dedication of several new Queen's Commonwealth Canopy projects — and the recovery and rehabilitation of servicemen and women through the Invictus Games Sydney 2018," a royal spokesperson told Australia's news.com.au.

When Brooke Mueller was getting sober and dealing with her divorce from Charlie Sheen a few years back, Charlie's other ex-wife, Denise Richards, was supportive, helping with the sons Charlie and Brooke share and making time for everyone to be together as a family. Now that Denise is remarried to Aaron Phypers, Brooke couldn't be happier for her pal. Speaking to Us Weekly on Friday, Sept. 7, she said she wishes Denise and Aaron "the best" and explained that she and Denise remain close. "When I'm in Utah, and she's [in California] — unfortunately you tend to get your own little world going, and out of sight, out of mind — but not her," she said. "I mean, she's doing great. I'm happy for her." Brooke added that she and Charlie are "super close" as well. "He's doing amazing," she said. "He's doing the best I've ever seen him since we first got married, and yes, he's sober. Really sober."

Cardi B could have a profitable future as a beauty products muse. The new mom sat front and center at Tom Ford's 2018 runway show in part because the designer was unveiling a sparkly cobalt blue lipstick shade named after the rapper. The color is part of his Lips & Boys collection and the Cards B shade is apparently flying off the shelves. Page Six reports that just 11 hours after she posted a big thank-you to Tom Ford Beauty for including her name in the newly available line, Cardi jumped on again to let fans know the lipstick she'd inspired had already sold out. Kylie Jenner, you and your LipKits have been warned!

Hollywood's not the only celeb-stuffed region where thieves are targeting the homes of stars. Last week, celebrity chef Jamie Oliver had a run-in with a would-be burglar in the London suburb of Highgate, according to the Daily Mirror (via Page Six). "Jamie was alerted to something wrong when he heard a massive commotion coming from his neighbor's house," said a source. "He was set to investigate but before he knew it, he was face to face with the burglar himself as he tried to smash his way into his house as well." Rather than simply let the authorities deal with the trespasser, Jamie reportedly chased after the man as he ran away from Jamie's eight-bedroom home. He managed to catch up with him and hold him on the ground before his driver and a group of neighbors approached to offer their help. Police later took the suspect into custody. The Mirror reports a person believed to be the same man tried to break into Kate Moss' house, which is also in Jamie's neighborhood. He was reportedly scared away by someone inside.

In his new film, "White Boy Rick," Matthew McConaughey plays the father of a teenager who went undercover as a police informant and drug dealer. Based on a true story, the son, Rick Wershe Jr., ended up abandoned by the people he was providing information to and and was sentenced to life in prison without parole for a drug conviction. For Matthew, the film deals with how important family is as well as issues around the cycle of poverty in America. Asked what the movie shows about "families that are just struggling to get by," the star recently implied to THR, somewhat controversially, that kids growing up in single-parent, financially challenged homes may be prone to getting into more trouble than kids who grow up with two parents on more stable financial footing. "It's kind of a stark reminder that we see every day — that a two-parent home is usually a healthier home, that you can trace a lot of things back to [family dynamics]," he said. "Actually my wife and I work with after-school kids who come from a lot of single-parent homes, and a lot of the trouble that these children are getting into from lack of support back home is very scientific. It's also, some of these people, like the character I play, they're born into it. Their hearts are in the right place, but they don't have the means to succeed, and it can be cyclical." 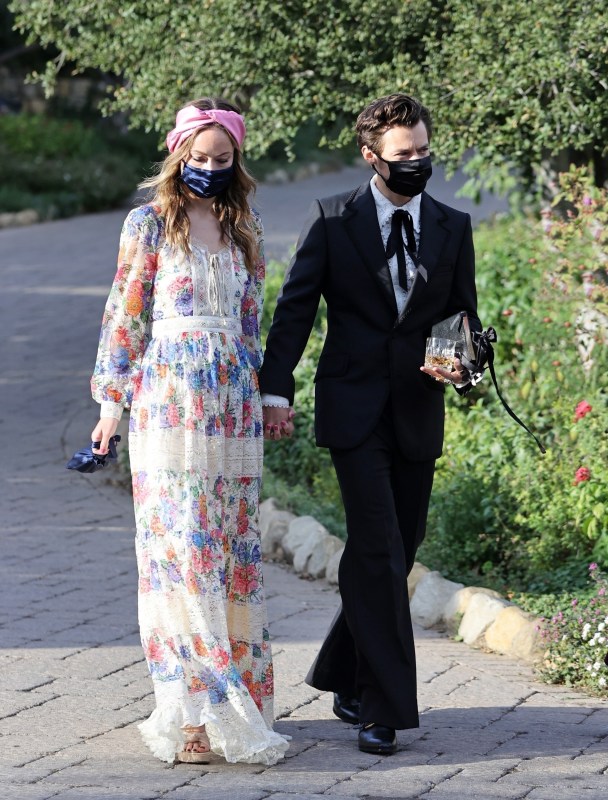