The course of true love never seems to run smoothly — not even for our favorite stars. Take Miley Cyrus and Liam Hemsworth, for example! The comely couple have broken up several times since falling for each other on the 2009 set of "The Last Song." (Following a pair of 2010 splits, the duo got engaged in 2011, parted ways in 2013, got back together over the holidays in late 2015 and now they're once again reportedly set to wed.) But they're not alone in the reconciliation game. Wonderwall.com is rounding up our favorite off-and-on celeb couples. Keep reading to take a look at 19 more of Hollywood's most notorious roller coaster relationships!

RELATED: The biggest celebrity breakups of 2017

Kylie Jenner and Tyga were first linked in late 2014 following his breakup with Blac Chyna. Since then, they've broken up and gotten back together more times than we can possibly "keep up" with. They then were back on following a brief May 2016 split. Then, in April 2017, it seems that they split for good.

Justin Bieber and Selena Gomez were first linked in late 2010. They broke up for the first time in late 2012, reunited in mid-2013 and split again months later. They've reconciled and hit the skids a few more times since then, though they've both moved on with other people and are currently off. It now seems like they've both moved on… especially Selena.

Leonardo DiCaprio's passion for young blond models has been well-documented over the years. While most of his love affairs are short-lived, there seems to be a special place in the Oscar winner's heart for Nina Agdal. Leo and the Sports Illustrated Swimsuit Issue cover girl were first linked in early 2014 when they were spotted leaving a Super Bowl bash together. Two years later, they rekindled their brief romance. In May 2017, they split again.

Rihanna and Chris Brown first took their friendship to the next level in early 2008. The following year, Breezy assaulted the Bajan beauty the night before the 2009 Grammy Awards. In spite of the fact that Chris was charged with two felonies for assaulting the "Diamonds" singer, the duo remained close and ultimately reconciled in mid-2012. They officially broke up again less than a year later, though they've been seen together off and on since — but are currently off.

Courteney Cox and Johnny McDaid got engaged in June 2014 after a whirlwind romance of less than a year but split in late 2015 reportedly over their differing views of whether they should live in Los Angeles (her home) or Britain (his). By early 2016, the duo were back on the path to the altar.

Megan Fox and Brian Austin Green first connected in 2004 when he played a version of himself on her ABC sitcom "Hope & Faith." In 2006, he popped the question, but in February 2009, they called it quits. The duo remained close following their breakup and were spotted out together frequently over the course of the next year, so it came as no surprise when they tied the knot in June 2010. The couple then welcomed two sons, Noah Shannon and Bodhi Ransom, before Megan filed to divorce her longtime love in August 2015. A bigger shock came in April 2016 when the actress revealed that she was pregnant with their third child. In the following months, the duo pumped the breaks on their divorce and reunited as a couple. They welcomed son Journey River in August 2016.

Justin Timberlake and Jessica Biel first hooked up in 2007 but took a break in March 2011 around the time tabloids alleged the former boy bander had stepped out on his longtime love with Olivia Munn and Mila Kunis. The duo reconciled months later and celebrated the holidays by getting engaged. They made it official on Oct. 19, 2012, and welcomed their son Silas in April 2015.

Duchess Kate and Prince William had a few major obstacles to overcome early in their real-life fairy-tale romance, which began in 2002 while they were both students at St. Andrews University in Scotland. The duo split in April 2007 amid reports that the pretty brunette was struggling with the public attention paid to their relationship. But it proved to be a brief hiccup: They reconciled after just two months. On April 29, 2011, the duo exchanged vows at London's Westminster Abbey, and on July 22, 2013, the new Duchess of Cambridge gave birth to son Prince George. On May 2, 2015, they welcomed daughter Charlotte.

After four off-and-on years as a couple, Pink and Carey Hart tied the knot on Jan. 7, 2006. But their marriage wasn't exactly smooth sailing: They separated in February 2008 — but never officially filed for divorce — and by that New Year's Eve, their marriage was back on. The singer and the motocross star welcomed daughter Willow Sage in 2011. (Apparently, distance really does make the Hart grow fonder!)

Since 2007, "Keeping Up With the Kardashians" has chronicled the many ups and downs of Kourtney Kardashian and Scott Disick's relationship, including countless breakups. It was during one such break that Kourtney became pregnant with the couple's first child, son Mason. The duo resumed their showmance during Kourt's pregnancy and later welcomed their second child, daughter Penelope. On Dec. 14, 2014, they added a third child, son Reign Aston, to their brood. The duo broke up after Reign's birth, but judging from their history, these two may never be over for good.

Rachel Bilson and Hayden Christensen fell in love on the 2007 set of their film "Jumper" and got engaged in December 2008. But they never made it down the aisle: Instead, the comely couple ended their engagement in August 2010. The split proved to be short-lived, though, and the duo reconnected in November 2010. They now have a child, daughter Briar Rose.

Catherine Zeta-Jones and Michael Douglas put the breaks on their romance in mid-2013 but were spotted together on countless occasions over the course of their year-long separation. They were officially back on by early 2014.

Adam Levine and Behati Prinsloo first stepped out together in July 2012, but by May 2013, it seemed as though they'd split and he'd moved on with Sports Illustrated Swimsuit Issue model Nina Agdal. Not so! In July 2013, Adam and Behati reunited — and got engaged! The duo got married in July 2014 and they welcomed a baby in September 2016.

Demi Lovato and Wilmer Valderrama were first linked in May 2010, shortly after she and Joe Jonas called it quits. Though the former Disney star and the "That '70s Show" alum maintained they were just friends at the time, there was no denying the state of their "friendship" when they were photographed smooching in November 2011. In 2012, Wilmer stepped out with Minka Kelly, but he and Demi eventually reconciled — until they broke up once again in June 2016.

Kristin Cavallari and Jay Cutler first connected in 2010 and got engaged the following year. But just three months after he popped the question, the NFL quarterback called off the wedding. By the end of 2011, though, Kristen and Jay were back on — and expecting a baby! They welcomed their son, Camden Jack, in August 2012 and tied the knot in June 2013. They've since added two more kids, son Jaxon Wyatt and daughter Saylor James, to their brood.

Billy Ray Cyrus and Tish Cyrus, who tied the knot in 1993, have filed for divorce twice — and changed their minds about calling it quits as many times. Miley Cyrus' folks first filed for divorce in October 2010 and then filed again in June 2013. But a month after the second filing, the duo released a joint statement explaining their change of heart. "We both woke up and realized we love each other and decided we want to stay together," they said. "Marriage can be really hard especially after 22 years of being in entertainment. We've had rough times but we both realized we didn't want to be another statistic and wanted to make it work."

Nick Lachey and Vanessa Lachey first connected in mid-2006 when she appeared in his "What's Left of Me" music video — and before Nick's divorce from first wife Jessica Simpson had been finalized. In June 2009, the couple put the kibosh on their romance of three years, but apparently, staying apart was "The Hardest Thing" because they reunited within a matter of months. In November 2010, Nick popped the question, and on July 25, 2011, Vanessa became Mrs. Lachey. The duo welcomed son Camden John in 2012 and daughter Brooklyn Elisabeth in 2015.

NeNe Leakes married Gregg Leakes — for the second time — in June 2013. The duo divorced in 2011 after 14 years of marriage but reconnected over the course of the fifth season of "The Real Housewives of Atlanta." "Both of us want this, so it will definitely work this time," NeNe told Life & Style of her $1.8 million second trip down the aisle.

Danny DeVito and Rhea Perlman announced plans to separate after 30 years of marriage in October 2012. The parents of three reconciled less than a year later. 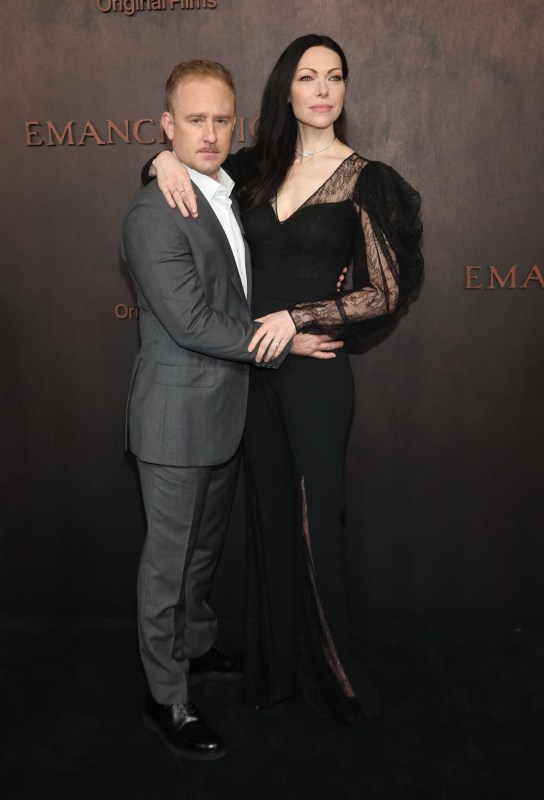