Josh Duhamel is quite the goal-oriented relationship seeker now that he and Fergie are officially divorced. Speaking to Dax Shepard on the Thursday, Dec. 20, edition of his "Armchair Expert" podcast, the star reflected on what he wants from the next phase of his life — and more to the point, what age he wants that next phase to be. "I'm not 30 years old anymore. I'm 45. I want to have more kids in the next few years," Josh said, according to People. "So it's more about finding someone young enough to have kids. It's not as if I'm out there trying to just f— anything. That's not who I am. I'm trying to find a girl that I can be with and have a family with." Josh, who shares a 5-year-old son, Axl, with Fergie, also said some kind words about his ex. "Fergie and I had a great relationship. I love that girl and I always will," he said. "Unfortunately, we didn't work. But I will always have her back and she is the mother of my baby." When Josh split from his girlfriend, Eiza Gonzalez, over the summer, a source told People the breakup was related to their having different goals.

Travis Scott's Astroworld tour hit The Forum in Inglewood, California on Wednesday, Dec. 19, and the show brought a slew of folks in the rapper's orbit out of the woodwork — even Kanye West. Last week, Kanye railed on Travis for allegedly letting Drake diss Kanye on his track, "Sicko Mode." Although he eventually assured followers he was "all love" when it comes to the guy he calls his "brother-in-law" (more on that later), fans still registered their surprise on social media when Kanye walked through the crowd at the Los Angeles-area venue for Travis' show and even busted out a few dance moves during the song, "Butterfly Effect." As one concert-goer noted on social media (via ET), " walked out before the final song was announced, which of course is Sicko Mode 👀." Like her husband, Kanye, Kim Kardashian West was also on hand for the show, as were Beyonce and JAY-Z. Finally, Kylie Jenner — or, as Travis referred to her from the stage (again), "my beautiful wife," — caught the performance with her pal, Jordyn Woods. Although marriage rumors have swirled around Kylie and Travis since the birth of their daughter, Stormi, the rapper told Rolling Stone in a cover story published Thursday that he is planning to ask her to marry him. "It got to a point where I was like, 'I need [Kylie] with me to operate. She's that one,'" he told the magazine. "We'll get married soon. I just gotta sturdy up — I gotta propose in a fire way."

Jennifer Lopez sued for posting a photo of herself on Instagram

Woops. Jennifer Lopez has joined the likes of Khloe Kardashian, Jessica Simpson and Blac Chyna in facing legal action from a photographer who claims she posted an image he took of her without his permission on social media. TMZ reports shutterbug Michael Stewart is going after J.Lo and her production company, Nuyorican Productions, for any profits she makes from sharing the photo or up to $150,000 in damages in the copyright infringement case. He allegedly licensed the photo to a website in June before she shared. The image in question shows Jennifer wearing a colorful striped top and tight white pants alongside the caption, "Today was a good day!!" A good day for Michael Stewart, maybe …

Next summer marks 25 years since Sandra Bullock starred in her breakout role opposite Keanu Reeves in 1994's "Speed." So what does she remember most from the film? Her tall, dark and smokin' co-star … "I think about how sweet Keanu Reeves was and how handsome," Sandra told Ellen DeGeneres on her show this week (via ET). "It was hard … it was really hard for me to be serious. He would look at me and I'd be like …" Sandra displayed a pseudo-sexy look then started to giggle. Keanu's gentlemanly behavior probably didn't help quell Sandra's crush, either. During their stunts, she recalled: "My dress sort of kept flying up and I said, 'Whatever you do, just keep my dress down.' The whole stunt he just made sure my dress [stayed down]. It was very sweet." Getting back to the point, Ellen agreed that was sweet then asked, "Did ya'all get together? Did you date him?" Sandra laughed, joking that they never dated because, "There was just something about about me I guess…. he didn't like." She then thought about it and said, "But I think we're probably friends for that long … because we didn't …," As she trailed off, she made another funny face complete with a massive wink-wink. "Is that how you do it?" Ellen joked. Sandra played along, assuring Ellen that yes, "that's how I do it." The talk show host then capped the whole silly exchange off with one more little quip: "Maybe that's why he didn't want to be with you." D'oh!

In Glamour's May cover story, Melissa McCarthy opened up about how much she struggled financially when she first started out in comedy. She said she'd learned a number of lessons on her path from a 20-something broke, unknown comic to a 48-year-old star worth $60 million. Judging from the Daily Mail's photos of Melissa doing some holiday shopping with her daughter, Georgette, in Los Angeles this week, she hasn't forgotten those lessons. On the same day Kris Jenner reportedly hit Versace to buy her grandson, Mason Disick, a $3,000 coat for his 9th birthday, Melissa took Georgette shopping somewhere a teensy bit more frugal — yep, the pair went to Marshall's. Guess some celebs are just like us, after all.

Justin Bieber teases Jaden Smith about Tyler the Creator: 'I thought I was your boyfriend'

The bromance lives on for Justin Bieber and Jaden Smith. After Jaden's multiple declarations claiming Tyler the Creator is his "boyfriend," Jaden's longtime pal and frequent collaborator, Justin Bieber, found just the right way to rib him a little about the headline-grabbing announcement on Instagram. Commenting on a post from Jaden that read "pan my vocals," with Jaden's friend, Moises Arias, tagged, Justin teased (via The Daily Mail), "Thought I was your boyfriend." Jaden quickly conceded, "You Know That You Are." Jaden and Justin have been friends since childhood. They've also shared the stage together regularly for the better part of a decade. Tyler the Creator, by the way, had as much fun with Jaden's announcement as Justin did; he was spotted laughing in the crowd when Jaden first gushed about his love for his fellow musician during a performance at the Camp Flog Naw festival earlier this year.

Sofia Vergara and Joe Manganiello are back at their secret, possibly Caribbean hideaway ahead of the holidays. On the heels of their three-year wedding anniversary, the couple's been posting pics on Instagram from "Casa Chipi Chipi," Sofia's pet name for her beach house in a secret location with white sand and crystal clear blue water. Sharing a romantic shot of the two on Wednesday, Dec. 19, the Colombia star, gushed in Spanish about her love for her hubby, writing, "Te amooooo❤️❤️❤️🌴🌴🌴 #casachipichipi🐚🦀." While a quick Google search turns up a hostel in Sofia's native Colombia when you search for "Casa Chipi Chipi," the website, MamasLatinas.com, points out the name is probably "a little Colombian joke, since … the hostel itself is very cute, but it's no mansion" like the pad that appears in Sofia and Joe's pics. The couple tied the knot in Palm Beach, Florida, in November 2015.

Prince's estate is facing a new round of financial and legal woes. According to The Blast, the law firm Holland & Knight is demanding more than $700,000 from the estate for estate-related work the group claims it did for the late musician's sister, Tyka Nelson from Sept. 19, 2016 until June 18, 2017. The firm has reportedly asked a judge to rule to push through an attorney's lien for $717,254.37 and has requested a hearing next month. In September, another law firm went after four of Prince's siblings for payment related to work on the Paisley Park museum and exhibition.

Charlie Rose was 'the life the party' at NYC media bash

Earlier this month, CBS News settled a lawsuit brought by three women who accused Rose of sexually harassing them on the job. That might have to do with his appearance at New York Times reporter Liz Robbins' high-profile annual holiday party this week. According to the New York Post reports that while former CBS CEO Les Moonves, who was also forced out over sexual misconduct allegations, did not attend the bash as he has in previous years, Rose "was the life of the party." Said another attendee: "Everyone was talking about Les because he usually attends and he was absent this year. Charlie was very diplomatic and talked about the holidays instead, but the grin was eerie. He was in such good spirits." The source also said Rose was, "licking his chops, laughing and having a blast. He had a spring in his step. He wasn't acting like someone who was let go this year at all." While the "licking his chops" comment sounds a wee bit intentionally salacious, Rose's rep confirmed he was glad to be there, telling the Post: "Christmas is a time for family and friends. He was just happy to see so many old friends."

Yes, Ralphie watches 'A Christmas Story' on Christmas, too

Should you find yourself plopping down with your family to watch the 1983 comedy, "A Christmas Story" next week and wondering if you're crazy to be watching a kid getting his tongue stuck on a frozen flagpole yet again, you can take heart in knowing you're not alone. In fact, as producer Peter Billingsly, who played Ralphie in the famous flick, recently told the New York Post, he watches it this time of year, too — and even keeps it on in the background on Dec. 25. "['A Christmas Story'] definitely appears when I'm visiting family and around the holidays … There's something that feels kind of familiar about it and makes it feel like Christmas when it's on," he told the Post. "I mean you don't really know at the time what these projects are going to become or where they're going to hit. You always hope that they have an impact, that they resonate and they're seen, but you just don't know and this was an extreme example of not knowing where a film is going." 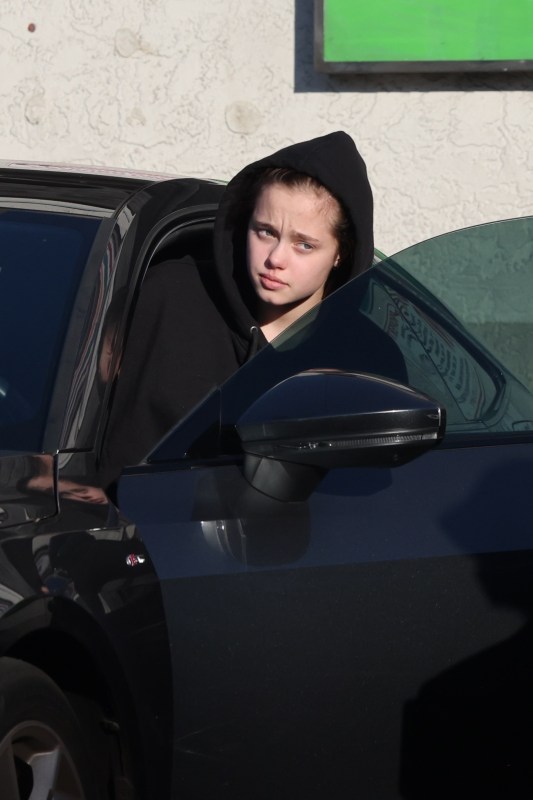