Dwight Yoakam is a married man, he and his team revealed on May 4, confirming that the music star's wedding took place in March and adhered to social distancing guidelines — in fact, fewer than 10 guests were on hand. "Dwight Yoakam and Emily Joyce were married in March just prior to the quarantine in a private ceremony at St Monica Catholic Church in Santa Monica, CA," a statement read. "At a time when there is so much uncertainty in the world, there are still happy moments. In the face of shutdowns and social-distancing requirements, love prevailed, and the less than 10 attendees were seated at least six feet from one another." Dwight and Emily have been together for a decade and had been engaged for several years.

RELATED: All the weddings postponed or altered because of the COVID-19 pandemic

Duane Chapman has found love again. Just 10 months after his wife, Beth, passed away from cancer, the "Dog the Bounty Hunter" star is engaged. Duane popped the question to Francie Frane in the Colorado home they now share, he said in a May 4 interview with Britain's The Sun. Francie, who lost her husband to cancer six months before Beth died, said she wasn't expecting a proposal. Recounting that special moment, she said Dog told her, "'I know that God brought you into my life and I don't want to spend one moment of it without you.'" Francie added that Duane "got down on one knee and he opened the ring box and he said, 'Will you marry me and spend the rest of our lives together?' Who can say no to that? It was wonderful." Dog said he wants "biggest wedding there's ever been."

Kristin Cavallari and Jay Cutler have found some common ground in their increasingly tense divorce. Just days after she accused the former NFL quarterback of blocking her from buying a new home, he agreed to release funds so she can buy a new place. On May 4, the couple also struck a custody agreement concerning their three minor children. Under the agreement, until the "Very Cavallari" star moves into the new house, the kids will remain at the former couple's Nashville marital home. Jay and Kristin will switch off every other week to stay with the kids. Once she moves into a new home, they will split time with the children evenly.

Scott Disick checked himself into a Colorado rehab facility, the Daily Mail reported on May 4. Then, just moments after the report was published, he checked out and reportedly headed back to Los Angeles. The Daily Mail revealed that the "Keeping Up With The Kardashians" star was seeking treatment at the luxurious All Points North Lodge in Edwards, Colorado, in late April. In the report, the tabloid ran a photo of Scott from inside the facility, likely taken when he checked in. The leaked photo was a massive security breach, and Scott intends to sue, TMZ reported. A spokesman for the facility said it is "sickened" over the photo, which is believed to have been snapped by a staffer. In its report, the Daily Mail said Scott was there to address cocaine and alcohol abuse issues. Scott's lawyer vehemently denied that, saying Scott was there "to work on his past traumas," including the deaths of his parents.

Tom Cruise is about to go where no actor has gone before. On May 5, NASA and SpaceX announced that they were working with the movie star on a film to be set aboard the International Space Station. Yes, he's actually going to film a movie in space. The real outer space — not the Hollywood version. Details on a timeline aren't known. In light of the news, several retired astronauts dished on what it will be like for the "Top Gun" star in zero gravity. Tom, they said, will have to move very slowly and learn how to do things like wearing a spacesuit and get in and out of the space capsule. He'll have to learn how to sleep, clean himself and eat properly. Oh yeah, he'll also have to learn to prepare for a space emergency and how to survive an ocean splashdown when he comes back to Earth.

Britney Spears' conservatorship will carry on with its current temporary conservator through the summer. According to court documents from May 4, Jodi Pais Montgomery will remain as the singer's temporary conservator until at least Aug. 22. Britney has been under a conservatorship since her mental breakdown in 2008. Her father, Jamie Spears, had overseen it until last September when he relinquished control to Jodi as he focused on a personal health issue. Last year, Britney told a judge that she wants to be free of the constraints of the conservatorship. The battle over the legal arrangement has raged on for about a year, prompting many to join the "Free Britney" movement. It's unknown if Jamie will resume any conservatorship responsibilities down the line.

What's in a name? Well, everything! On May 4, Elon Musk announced that he and his girlfriend, music star Grimes, had welcomed a son. The newborn quickly became a trending topic after the Tesla and SpaceX CEO announced the child's name: X Æ A-12 Musk. The overall reaction was confusion. However, while the couple is certainly welcome to call their child whatever they wish, his birth certificate is likely to say something different. In California, where the couple lives, a child's legal name can only include the 26 letters in the English alphabet. On May 5, Grimes attempted to reveal the significance of the child's name, but got one aspect incorrect (she transposed the letters of an airplane that inspired the "A-12" portion of her son's moniker). She was quickly corrected by Elon. Grimes wasn't having it, snapping, "I am recovering from surgery and barely alive so may my typos b forgiven but, damnit. That was meant to be profound." She and Elon later shared how to pronounce their son's name, though they also had different takes on that. "It's just X, like the letter X. Then A.I. Like how you said the letter A then I," she wrote on Instagram. Elon, however, told podcaster Joe Rogan, "I mean it's just X, the letter X. And then, the Æ is, like, pronounced 'Ash'… and then, A-12, A-12 is my contribution."

After two years together, model Cara Delevingne and actress Ashley Benson have split. "Cara and Ashley always had their ups and down before but it's over now," a source told the People magazine on May 6. "Their relationship just ran its course." E! News reported that Cara "is enjoying being single and spending time with great friends." The women broke up in early April.

When you have a voice as famous as Hank Azaria's, you'd better take care of it. And he did! While  chatting with Conan O'Brien on the comedian's late night show on May 5, the star of "The Simpsons" said he's had his vocal cords insured. "My voice blows out rather easily, so I have to watch it. I was having a rough time in my life, and I got into a screaming match with someone. I totally blew out my voice, and it didn't come back for almost two weeks. I scared myself so bad that I got my vocal cords insured," he said. Since 1989, Hank has won four Emmys for his voiceover work on "The Simpsons." "A lot of money would have gone bye-bye if I couldn't make voices," Hank explained.

In late April, Madonna announced that she'd tested positive for COVID-19 antibodies but didn't explain if she'd previously had any symptoms. On May 6, she revealed that she had coronavirus during her "Madame X" tour in Europe earlier this year. "I am not currently sick," she said on Instagram. "When you test positive for anti-bodies it means you HAD the virus which I clearly did as I was sick at the end of my tour in Paris over 7 weeks ago along with many other artists in my show." At the time, Madge just thought she just "had a very bad flu." 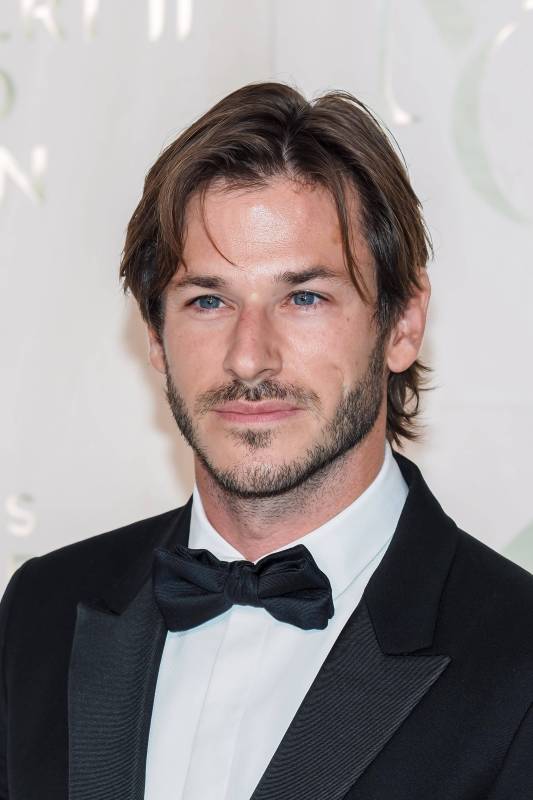