James Corden has given us plenty of pop culture treats throughout the years, from his now-iconic "Carpool Karaoke" segments-turned-series featuring huge stars to some awesomely hilarious moments as an award show host. Before he reclaims the stage as the host of the 2019 Tony Awards on June 9, Wonderwall.com is rounding up some of our favorite pop culture moments from James! Keep reading to see the best…

RELATED: James Corden: 15 things you might not know (but should!) about the Tonys host

James Corden has had tons of stars sit shotgun for "Carpool Karaoke," but there's one undisputed champion of the franchise — Adele! Filled with nearly 15 minutes of the delightful diva accompanying James on a ride in his Range Rover, the January 2016 segment has reached nearly 200 million views on YouTube thanks to Adele's down-to-earth demeanor and witty banter between moments of belting out tunes. James and Adele sang along to some of her hits like "Hello," "Someone Like You" and "Rolling in the Deep" as well as the Spice Girls' "Wannabe." Adele also busted out a flawless Nicki Minaj rap.

Tom Cruise is known for doing his own stunts, so when it came time for the movie star to stop by "The Late Late Show with James Corden" in July 2018 to promote his latest action flick, he challenged James to a "Mission: Impossible"-style adventure: to skydive from 15,000 feet in the air. Despite a lot of hesitation, James chose to accept, and the two hopped out of an airplane in Perris Valley, California, for an amazing bit of TV.

James Corden has had some pretty massive living legends stop by his show, so it was only a matter of time before the Barbra Streisand joined the fun. Aside from dueting on some of her biggest hits during a "Carpool Karaoke" segment in November 2018, James got Barbra to reveal a pretty hilarious story — the time she called up Apple CEO Tim Cook to personally ask if he could fix the way the iPhone's Siri pronounced her name. She also revealed that she once called up Steve Jobs too when she had trouble with her computer. Only Babs could get away with that!

When James Corden hosted the 2017 Grammys, he brought along a little bit of his signature style in the form of a "Carpool Karaoke" segment. And since it was music's biggest night, he had multiple superstars on hand and ready to jump in the car. Among them? Jennifer Lopez, John Legend, Faith Hill and Tim McGraw, Keith Urban and even Blue Ivy Carter.

What goes together better than a senior center and Cardi B?! James Corden realized the power of this awesome combination and made it happen during a "Carpool Karaoke" segment in December 2018 when he brought the famous rapper to a senior citizens' center in Culver City, California. There, Cardi sang her hit song "I Like It" while the seniors showed off their moves. During the same episode, James hilariously gave Cardi a driving lesson after she admitted she was a menace behind the wheel.

Oscar winner Anne Hathaway in a rap battle?! Though we never thought we'd see the day, but in May 2016, James Corden challenged his future "Ocean's 8" co-star to a rap duel with plenty of good-natured disses thrown back and forth. When it came for the audience to select a winner, surprisingly, it was Anne who came out on top (likely due to her killer sign-off: "Son, now you know how it feels to get Hatha-slayed").

The Red Hot Chili Peppers piled into James Corden's car for a June 2016 round of "Carpool Karaoke." The hilarious segment included wrestling (James and Anthony Kiedis decided to "grapple" on someone's lawn) and stripping down in the car (after guitarist Josh Klinghoffer admitted his biggest nightmare was that his oft-nude bandmates would ask him to perform naked) while belting out some of their big hits like "Give It Away," "Californication" and "By the Way."

Back in July 2017 when there was talk that a new James Bond might be cast, David Beckham and James Corden took it upon themselves to compete for the role on "The Late Late Show with James Corden." The hilarious skit resulted in the Brits putting themselves in Bond's shoes — including a seduction scene. When it was David's turn, James transformed into a Bond girl in a hilarious attempt to sabotage his chances.

In May 2019, James Corden recruited Celine Dion as the next "Carpool Karaoke" star — and Celine "drove all night" to answer his call. Not only did the duo belt out her hit tunes while tooling around Las Vegas, where Celine is wrapping up her latest residency, but they also took to the water — the fountain lake at the Bellagio — in a boat to recreate that iconic Jack and Rose scene from "Titanic" as Celine belted out "My Heart Will Go On" while wearing the Heart of the Ocean diamond!

If you need someone to keep your secrets, Kris Jenner is your gal! We learned that when she stopped by "The Late Late Show with James Corden" in August 2018 and played his signature game, "Spill Your Guts or Fill Your Guts." The momager went to some pretty crazy extremes to avoid answering questions (like which of her famous kids she'd kick off her reality show and whether she was engaged to boyfriend Corey Gamble), including downing a sardine smoothie and a cricket.

After Zayn Malik left One Direction earlier that year, the remaining four singers — Louis Tomlinson, Niall Horan, Harry Styles and Liam Payne — turned to James Corden when it came time to give their first big interview in May 2015. James not only made plenty of hilarious jokes asking to join the popular boy band, but also challenged the guys to a dodgeball competition in a hilarious skit!

Another boy band James attempted to join? The Backstreet Boys! When Howie Dorough, AJ McLean, Nick Carter, Kevin Richardson and Brian Littrell were guests on "The Late Late Show with James Corden" in July 2018, the comedian took a shot at becoming the sixth member of the group — bravely suggesting their name change to "James Street." The Backstreet Boys were game, tweaking the lyrics to "Larger Than Life" to become "Late Late-r Than Life." They even let James don an all-white getup to emulate one of their most famous looks.

In August 2016, James Corden donned a pretty legendary music video getup in honor of his "Carpool Karaoke" guest, Britney Spears. Both stars sported Britney's iconic "…Baby One More Time" music video garb while belting out the tune. But this segment didn't make headlines because James wore a schoolgirl costume — it sparked widespread speculation that Britney wasn't really singing but lip-syncing during the segment.

Even though he wasn't the night's host, James Corden was on hand to help entertain the crowd at the 2016 Emmys! James helped get the show started alongside host Jimmy Kimmel, taking part in the telecast's opening segment. He took a page out of his "Carpool Karaoke" script for the big night, picking up Jimmy in his car and belting out "Wake Me Up Before You Go-Go" en route to the show before cutting to a montage of the two decked out in the same look from the music video — Choose Life T-shirts and '80s hair.

Fans were in for a treat when Paul McCartney joined James Corden for a "Carpool Karaoke" segment shot in their native Britain in June 2018. Instead of staying in the car the whole time, James took Paul for a stroll down memory lane — to Penny Lane! The two sang along to hit Beatles songs while visiting the famous location and headed to other spots in Liverpool to visit more important places from Paul's life, like his barber shop and childhood home, and ended things with a surprise mini-concert for customers at a local pub.

Who better to take you cowboy boot shopping than country music queen Carrie Underwood? James Corden had the privilege of having Carrie help him pick out a pair when she stopped by his CBS studios to shoot a "Carpool Karaoke" segment in December 2015, and the two had plenty of fun inside the car as well as they sang along to Carrie's hits and even the Wham single "Wake Me Up Before You Go-Go."

It's not just celebrities who want to hang out with James Corden in his car — first ladies do too! Michelle Obama joined in on the fun in July 2016 while promoting her Let Girls Learn education initiative and brought along a bonus special guest — Missy Elliott! The rapper, President Barack Obama's wife and the late night host all sang along to "Get Ur Freak On" in one of the most epic installments of the "Carpool Karaoke" franchise to date.

James Corden's speed-acting bit on his late night show is one of our favorites, and one of the best takes saw him challenging Arnold Schwarzenegger to relive his most iconic roles. The actor got through all of his biggest blockbusters in just six minutes, with James suiting up as his co-star as he worked through flicks like "Conan the Barbarian," "The Terminator," "Twins," "Predator" and "Terminator 2" in May 2014.

We're sure plenty of ladies were thanking James Corden for this one: When Shawn Mendes stopped by the show and took part in "Carpool Karaoke" in June 2018, James got him to admit that he's a 9.5-out-of-10-level "Harry Potter" fan. "I have a whole book at home that I wrote all the spells in and stuff," the pop star admitted. Before fans knew it, James had him all decked out as not only a very hunky Harry, but as Albus Dumbledore too! 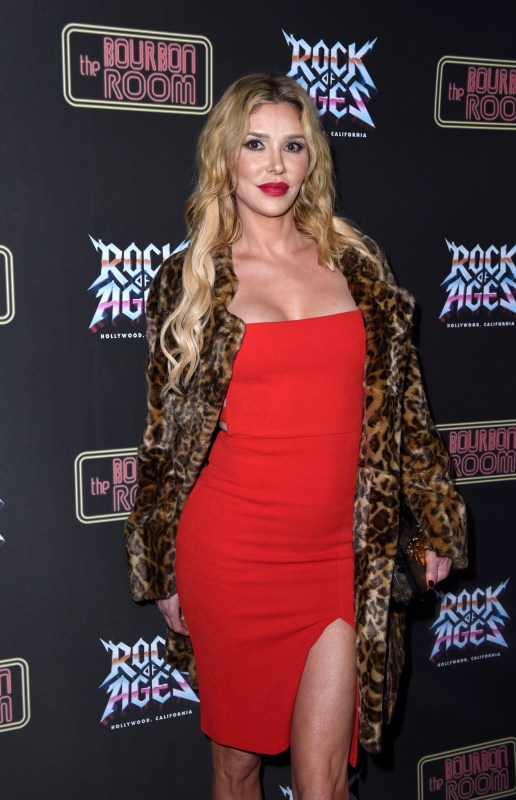