Channing Tatum is smitten with Jessie J and he doesn't care who knows it. Since moving on from his marriage to Jenna Dewan with the British singer last year, Channing's been relatively low-key when it comes to posting about her on social media (and vice versa). On Jessie's 31st birthday on Wednesday, March 27, however, he didn't bother holding back. The "Magic Mike" star shared a black and white photo of Jessie with her head back as she soaked in a window's worth of sunbeams on Instagram. "Wishing you the happiest day filled with all the love and all the light," he wrote alongside the pic. "You came into this world on this day and lit it on fire," he continued. "You have blessed our eyes, our ears, our hearts and our lives. So thank you for just being you. You are so very special. Happy birthday Baby." Jessie and Channing were first linked romantically last fall, with multiple outlets reporting they'd been dating "for a couple of months" as of October.

Jessica Simpson and Eric Johnson welcomed their third child on March 19 — and Jessica's mom, Tina Simpson, is already squealing about adorable her new granddaughter is. The Blast caught up with Tina as she headed inside Diana Ross' 75th birthday party on Tuesday, March 26, and asked how Birdie Mae is doing one week after her birth. "She's sooooo cute!" Tina gushed. Seems Birdie's mom, who had a difficult pregnancy, is doing well, too. "She's awesome," Tina assured the paparazzo. "She's really great." Birdie joins big sister, Maxwell, 6, and brother, Ace, 5.

Rob Kardashian says he and Blac Chyna 'have a wonderful relationship'

Rob Kardashian is asking the world to back off the rumor mil when it comes to how things stand between him and his ex, Blac Chyna. In a tweet posted Wednesday, March 27, he wrote, "please read this," then posted a declaratory message about Chyna, their relationship and their recent agreement to share joint custody of their 2-year-old daughter, Dream. "Angela the mother of my child whom I have a wonderful relationship with decided to drop the child support case because she felt it was in the best interest of our daughter. Reports of her wanting to have drinks is totally false and her being late was in reference to a prior meeting concerning out daughter," he wrote. "Please stop creating all these falsehoods concerning Angela and I." Rob and Chyna have been working on their relationship for some time and seem to be in a much better place than they were a year ago. Last month, both stars posted kind messages about one another on social media, with Chyna saying Rob was a "wonderful father" and Rob assuring fans the two "are actively co-parenting."

Now that Tristan Thompson is out of the picture, Khloe Kardashian can focus on the one person who's been at the center of her world since last spring: her daughter, true Thompson. And she's doing just that, at least on Instagram. InTouchWeekly noticed that on Tuesday, March 26, Khloe shared one of many photos of herself with True on the site — along with what may have been a very subtle dig at Tristan. She captioned the shot, "❥You and I ❥," but in the comments, she added one more thought about the photo. "I may change my page name to Mommy and True," she wrote, according to In Touch. "Lol she's the only one I take pics of. True and I or just her lol." If it was a reference to Tristan being mostly out of her life after he allegedly hooked up with the Kardashian-Jenner family's now former friend, Jordyn Woods, she didn't say more about it. But a source recently told Us Weekly she's been struggling since they split. As for Tristan, he was focused on True the same day Khloe was, despite being in Cleveland with the Cavaliers. Sharing a photo of the sneakers he had customized with True's name and the name of his son, Prince, Tristan wrote: "Todays [sic] a special day for me and these kicks are very special to me."

Justin Bieber is reportedly "doing fine" after a 36-year-old woman he didn't know entered his hotel room in Laguna Beach, California, this week, according to E! News. Police confirmed to the outlet that they'd been called to Justin's hotel after "reports of a suspicious circumstance" on Tuesday, March 25. Sgt. Jim Cota tells E! officers arrived at the hotel just after noon and "met with … a woman who had been escorted out of Justin Bieber's hotel room by his personal security." He said she'd "spent the night partying at the hotel in a room that was not under her name" that was "just down the hall from where Justin Bieber was staying." It seems the party went late and whomever was staying there didn't check out the next day, sparking the hotel's security to "escort them out." According to the officer, the woman "went back in to the hotel to try get back into her room." She later told police she'd accidentally gone into Justin's room instead. After he told her to leave, his security team escorted her out. She was later arrested and released.

After Jussie Smollett was absolved of charges related to his alleged staging of a hate crime, his onscreen mom, Taraji P. Henson, spoke out on his behalf, telling USA Today in a statement that she believed his side of the story throughout the scandal. "I'm happy that the truth has finally been set free, because I knew it all along. We're all happy for him, and thank God the truth prevailed," she said. "… I know him and I know his track record. I'm not going to jump on clickbait just because someone says something derogatory about a person I know and love. I'm not easily swayed like that," the actress continued. "Those little clickbait [reports] weren't enough to deter me from his immaculate track record. I know the type of activism this young man does in his community, I know that he's a giver — he's not an attention-seeker." She ended the statement by saying society could use more people who trust and believe one another when they need support. "When I know someone, there's nothing you can say to make me flip on them, and that's what we miss in this world," she said. "We need people that stand by us. Whatever happened to that? Why are we so easy to believe strangers over people we know?"

Denise Richards explains why she invited her ex, Charlie Sheen, to her wedding

Denise Richards and Charlie Sheen have a rocky past when it comes to their marriage from 2002 until 2006 and some of the messy situations that followed. Today, however, he's sober and remains part of Denise's life and more importantly, part of the lives of the two daughters the former couple share. On the Tuesday, March 26, edition of "The Real Housewives of Beverly Hills," she found herself having to explain that situation in terms of her decision to invite him — plus a guest — to her September wedding. "Even if he did bring a prostitute as his date, I wouldn't care. It's just … it is what it is," she said, according to the New York Post. "No matter what's gone down with Charlie and I, I invite Charlie to anything having to do with the kids and I," she added. Denise, who also has a 7-year-old daughter, Eloise, has also credited her new husband, Aaron Phypers, with being patient and open to her somewhat complex family dynamic. Speaking to People in February, she praised Aaron and their relationship, telling the magazine: "We love each other for who we are and we don't judge each other. And for him to embrace a single woman with [three] daughters and an ex-husband with a wonderfully colorful past, it's a lot. That made me fall in love with him even more."

Less than a month after Mama June Shannon's boyfriend, Geno Doak was arrested for domestic violence/harassment and felony possession of a controlled substance after a public fight between the two, the reality star is asking the court to let him back in her home. According to documents reviewed by TMZ, June — who was arrested along with Geno on a drug charge for allegedly being in possession of a pipe with crack residue on it — is also asking for the domestic violence charge to be dropped. She reportedly claims she needs Geno's help at home because of her partial blindness, says he's good with her kids and that they're trying to repair their relationship. The order placed on Geno apparently requires him to stay a certain distance from her, though they were spotted a few days after the arrest at a casino, according to TMZ.

Donald Trump appoints Jon Voight to the Kennedy Center board

Jon Voight is getting a major vote of confidence from Donald Trump, whom he's vocally supported for years. This week, the president announced he intends to appoint the "Ray Donovan" actor to the Kennedy Center's board of trustees, according to The Hollywood Reporter. Jon, a proud conservative unlike his daughter, Angelina Jolie, is set to finish out a six-year term on the board in September 2024.

Beginning May 8, reality star turned lifestyle guru, designer and author Lauren Conrad will be broadcasting weekly tips she hopes will "simplify [the] lives" of her fans through a new podcast. Produced with Cadence13 for Apple podcasts, "Lauren Conrad: Asking for a Friend," will feature chats between Lauren and experts like hair stylist Kristin Ess, makeup artist Amy Nadine and party planning ideas from wedding planner, Cassie Katz. Speaking to People, Lauren says she plans for each week's show to revolve around "a candid conversation with somebody who specializes in a certain area, from hair and makeup to organization and interior decorating." She's also planning to get into a few more in-depth subjects. "One of the themes I want to cover is finding balance in life. I think everyone can relate to the feeling of striving for perfection in your life. We live in a world of Pinterest and over-filtered Instagrams and everything looks perfect. I think people stress themselves out trying to achieve that and they miss out on the important things," she says. "There is so much pressure for us to have it all," Lauren continues. "I feel it too! It's taken me awhile to relax and let go a little bit. But I want everyone to get back to the basics, so we can enjoy the rest of our lives." 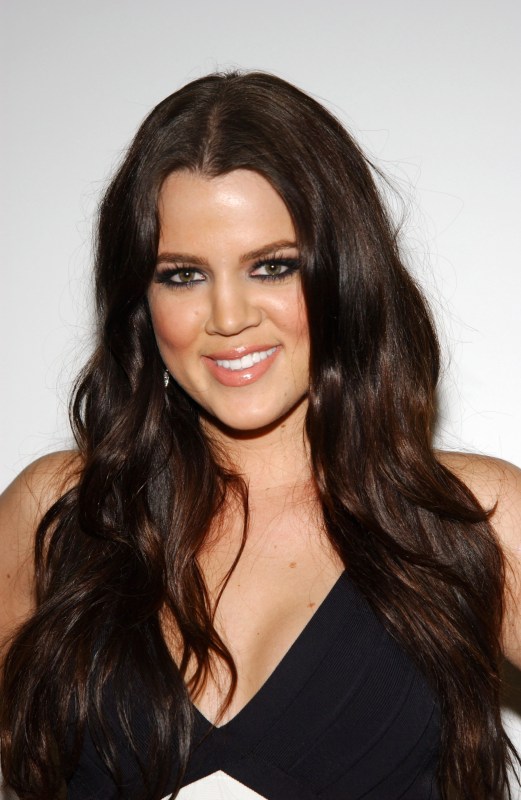