It's not you, it's me. That pretty much sums up Kim Kardashian West's perfect response to a Twitter user this week who tagged her in a post asking if it seems like Kim — creator of a book called "Selfish" — might be just a wee bit obsessed with herself. "Is it me, or is @KimKardashian Sooo Self-absorbed.. even when she's saying Nothing.. lol.. & I Like the Kardashians," the user wrote. Kim's response? "No it's not you, I totally am!" Know thyself, Kim, know thyself …

Monday, Jan. 22, marked the tenth anniversary of Heath Ledger's death and Busy Philipps was not about to let her close friend Michelle Williams be alone. The former "Dawson's Creek" stars reunited after Busy posted on Instagram Stories that she was catching a flight, apparently to see Michelle, according to Us Weekly. Michelle and Heath fell in love after meeting on the set of 2005's "Brokeback Mountain." They went on to have a daughter, Matilda, before splitting in 2007. Heath died from an accidental overdose in New York City in 2008. Busy, meanwhile, has been Michelle's best friend for years. When Busy's name came up during an interview with People in 2016, Michelle admitted, "That's the love of my life right there."

Did Miranda Lambert just throw some shade at her ex, Blake Shelton?

In Marie Claire last fall, Gwen Stefani described Oklahoma — where her boyfriend Blake Shelton has a ranch — as a "kind of perfect" getaway for her, Blake and her three boys. Blake's ex, Miranda Lambert, is a bit less fond of the place. During her show in Greenville, South Carolina, last week, she apparently changed a lyric from her song "Little Red Wagon" that originally said "I live in Oklahoma" to "I got the hell out of Oklahoma." Judging from the applause that followed in a clip of the moment Us Weekly caught on Twitter, the audience was all for the change. "I got the hell out of Oklahoma " akskkssk😂😂😂😂😂 @mirandalambert did THAT," wrote the user who shared the video. Miranda and Blake split in 2015.

Brandi Glanville's not quite done responding to Gerard Butler's "I didn't know her last name when we hooked up" dis. The actor implied he was embarrassed to have had a fling with "The Real Housewives" star during a visit to "Watch What Happens Live" last week. Brandi responded by slamming Gerard on Twitter. Now, it seems she's had more time to think. And rant. "So I'm not exactly sure when misogyny became so hip, cool and accepted but what I will tell you is that I won't f—— stand for it anymore! I'm talking to you, Gerard Butler!" she writes in a new blog post. She goes on to dis his career before getting into the "WWHL" segment. "… Your behavior the other night, publicly acting as if you were embarrassed to have ever met me or had relations with me as if I were some horrid decrepit troll is not only disgusting but unacceptable. #Timesup on this kind of behavior," she writes before offering him some advice. "… Respect the women you invite into your bed and into your life. Whether you know their last name or not! Whether they are famous or not! Just be a proper human being," she continues. Later in the long post, she asks, "why do you think you are such a damn prize and what the f— would have changed if you had known my last name??" Finally, she rehashes her own appearance on "WWHL" years ago when Andy asked her who the biggest star she'd slept with was. "At that time you were kind of a big thing so I said your name. I then was asked on a scale from 1-10 what would I rate you as a lover. I very kindly said an 11. I was completely caught off guard obviously not expecting any of these questions and the moment after I answered them I regretted it," she writes. So the rating of an 11 I gave you as a lover was a knee jerk reaction peace offering for having blurted out your name. I could have actually just told the truth." The post goes on to explain how she never wanted to be famous and how she's now "filled with insecurities, trust issues and doubt." She also points out that she didn't pony up her last name when the two met because "When I'm out at a party and someone walks up to me and says hi what's your name, like most people I simply say 'hi I'm Brandi nice to meet you'." Brandi concludes after accusing Gerard of looking down on television stars. "I am now embarrassed to have ever known you," she writes, adding, "I think you suck and my dad wants to kick your a–."

Are Amber Heard and Elon Musk working things out?

On again? Amber Heard and Elon Musk were spotted holding hands while leaving a sushi dinner date in Los Angeles on Monday, Jan. 22, sparking a new round of tumors they may have gotten back together. In photos published by TMZ, Amber holds onto her ex's paw even as she looks straight at the camera. It's not the first time the two have seemed to romantic since their split last summer. Late last year, they were photographed dancing together at a club one evening and sharing a goodbye kiss after a meal together. "Amber invited Elon to her favorite Texas-breakfast spot," a friend of Elon's told People at the time. "They shared a quick kiss goodbye. They're still just friends, not trying to get back together."

Sounds like Bella Thorne's hit a few bumps at Sundance so far. The New York Post reports she and her boyfriend, rapper Mod Sun, and the two folks they're traveling with were asked to leave the Park City Marriott in Park City, Utah, because one of them was allegedly caught smoking marijuana. They reportedly relocated to the Marriott's MountainSide hotel. Bella was in town for the Sunday, Jan. 21, premiere of her new film, "Assassination Nation," and while she did attend the screening, a spy told the Post she and her crew "were seen rushing out of the hotel hours before" it was scheduled to start. The next day, a source says, "she called in sick for most of her press interviews" and "canceled everything in the morning." As of Tuesday, she hadn't mentioned the hiccups on social media.

Poor Chucky the Pomeranian. Paris Hilton shared a lost dog notice on her Instagram this week after Rayni and Brandon Williams, who sell real estate for Paris' family, according to WGNTV, had their pooch taken from their property in the Beverly Hills section of Los Angeles. "Please help us find my friend @rayniromitowilliams dog that was stolen right out of her own driveway!" Paris captioned the post. "If anyone has any information on this woman please let us know immediately! $10,000 Reward, no questions asked. They just want their baby back #HelpFindChooChoo." Rayni also shared the post, along with a video from her security footage showing a brunette woman in a red top picking up the dog and walking off with it. "Surveillance of the woman taking my dog from my driveway today," Rayni wrote on the post, adding that they got the pup as part of a charitable donation from Paris and her mom to the MS Foundation. The dog reportedly got out when Brandon was taking his infant and daughter into the house from the car on Sunday, Jan. 21. Rayni also noted that "Choo Choo is registered and microchipped" and is also "hypoglycemic and eats special food."

Nothing fake about this gun show! In a video posted on TMZ this week, Mark Wahlberg addresses former steroid dealer Richard Rodriguez's allegations that the actor was a client, along with Josh Duhamel. "All natural baby, all the time," Mark told the reporter, holding up one of his super cut arms. "Thats hard work, baby, that's all that is," he added. Asked he planned to take legal action against the dealer he scoffed and asked, "What, get more attention?" Mark added that "if you wanna do something right you gotta work hard" at it and "not put your health at risk." Josh has also denied the allegations.

The Los Angeles Times recently reported some members of the Academy asked if they could change their votes for this year's Oscar nominees. The request came in the wake of five allegations of sexually inappropriate and/or exploitative behavior against James Franco, whose turn in the "Disaster Artist" generated early awards buzz. On Tuesday, Jan. 23, when the nominees were announced, James was not on the list. "The last thing we need right in the middle of all this talk about sexual harassment and gender inequity in Hollywood," the Times quoted an anonymous actress as saying, "is someone like that as an Oscar nominee." James, meanwhile, has denied the allegations, telling Stephen Colbert: "The things that I heard were on Twitter are not accurate, but I completely support people coming out and being able to have a voice because they didn't have a voice for so long."

Onward! Christina El Moussa and Tarek El Moussa are officially divorced, according to People. The "Flip or Flop" stars, who still work together on multiple TV projects, were married for seven years. They went public with their split in 2016 and have been coparenting their 7-year-old daughter and 2-year-old son since then. They also seem to be relishing their newly minted unmarried status. On Instagram, Christina shared an Anais Nin quote about positivity, which she captioned, "I want to thank my family, friends, and supporters for all the love and kind words the past few years. Officially ready for the next chapter ✅ Life's too short to tolerate negativity … #choosehappiness." Tarek also shared something personal on Monday, though it was less somewhat less positive.His post featured a photo of Dwayne "The Rock" Johnson with the words, "Distance yourself from the people who 1.Lie to you 2. Disrespect you 3. Use you 4. Put you down." In his caption, Tarek wrote: "I saw this on my feed and thought 'Wow, what a true statement'..So I thought I would share the Rock's thoughts with hundreds of thousands of people. Question- who out there has dealt or is dealing with points 1 through 4? The best way to take care of others is to first take care of yourself!! Happy Monday😊😊😊." 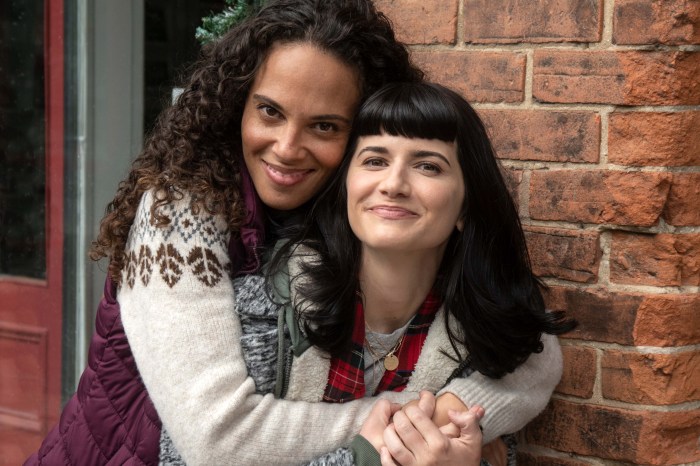 Jennifer Aniston is 'ready' to fall in love again, plus more news