Lady Gaga jets off to Mexico after ending her engagement

After a busy awards season for her first major motion picture role and a split from her fiance, Christian Carino, Lady Gaga's more than due for a little R&R. And that's just what she's been getting ahead of the Oscars, albeit on a trip that may not have been the most fun vacation ever. "Gaga spent Valentine's Day in Cabo with friends," a source tells People. "They stayed in a gorgeous oceanfront villa in a gated community. The weather was amazing. They took a yacht out one day. Gaga enjoyed a lot of pool time… It seemed like the most perfect vacation, the insider continued. "Yet, you could tell everything was not great with Gaga. She seemed a bit gloomy and low energy. On previous vacations, she has had much more energy and looked happier. It was obvious that she was going through something." She reportedly left Cabo on Monday, Feb. 18, a day before her rep confirmed she'd split from Christian and called off the engagement. A source later told Page Six she was spotted with friends at Acre, a resort on Mexico's Baja peninsula that bills itself as a "lush sanctuary set on 25 acres of abundant greenery." The singer's due back in the States at the Oscars on Sunday, where she's up for Best Actress and Best Song for her work on "A Star Is Born."

Marrying Liam Hemsworth hasn't changed the "fluid sexuality" Miley Cyrus has said she identifies with. Speaking to Vanity Fair for the magazine's March cover story, the newly married singer explains how what she calls her "New Age" version of marriage means to her. "We're redefining, to be f—ing frank, what it looks like for someone that's a queer person like myself to be in a hetero relationship. A big part of my pride and my identity is being a queer person," she says. "What I'm in love with exists on almost a spiritual level. It has nothing to do with sexuality. Relationships and partnerships in a new generation — I don't think they have so much to do with sexuality or gender. Sex is actually a small part, and gender is a very small, almost irrelevant part of relationships." Miley also suggests that the experience of losing the home she shared in Malibu with Liam may have inspired them to say "I do" more than anything. "What Liam and I went through together changed us," she admits. "I'm not sure without losing Malibu, we would've been ready to take this step or ever even gotten married, who can say? But the timing felt right and I go with my heart. No one is promised the next day, or the next, so I try to be 'in the now' as much as possible."

Where will Katy Perry and Orlando Bloom tie the knot?

Seems destination weddings are all the rage for celebs in 2019. Last month, People reported Justin Bieber and Hailey Baldwin are hoping to celebrate their love somewhere tropical when they get hitched (for the second time) before family and friends. Now, an insider tells Us Weekly Katy Perry and Orlando Bloom are also "thinking of a destination wedding." The lovebirds just got engaged on Valentine's Day after three years of on-off dating. "They put in extra time to see each other and communicated," the source says, adding that Katy "told some of her staff that her goal for 2019 was to invest more into her relationship with him, and that she was ready to take the next step."

Gwyneth Paltrow may think she's "a bit old" to keep taking Marvel movie roles, but her friendship with frequent costar, Robert Downey, Jr., appears to be timeless. Sharing a cute, side-by-side selfie of the two this week, Gwyneth wrote on Instagram, "You KNOW I will be this guys pepper anytime he needs me ❤️ #pepperonyforever." Gwyneth takes on her Pepper Potts role for a seventh time in the forthcoming, "Avengers: Endgame," due out this spring.

JAY-Z's prepping for a 2.0 version of his wildly exclusive 2018 Oscars afterparty. That's according to Page Six, which reports that while details about this year's "Gold Party" are scarce, Eleven Madison Park chef Daniel Humm is on menu duty, with plans to serve "caviar by the gallon," "truffle quesadillas," "late-night upscale chicken and waffles" and more. In keeping with the gold theme, food pairings reportedly revolve around magnums of Jay's pricey, Armand de Brignac Brut Gold Champagne. Drake, Rihanna, Stevie Wonder and Jamie Foxx were reportedly among the 200 guests that made it inside last year's casino-styled bash, held in the garage of the Chateau Marmont,

Is there a new man in Kelly Osbourne's life? It sure looked that way when the 34-year-old "Fashion Police" star stepped out with actor and musician, Lucien Laviscount, 26, for a dinner event at Delilah in Los Angeles on Tuesday, Feb.19. Photos published by the Daily Mail show the pair holding hands during the evening and sitting next to each other while smiling and laughing before heading out with Paris Jackson. If Kelly's dated anyone in the recent past, she's opted to keep it to herself, tending to speak out about personal matters more in relation to her sobriety than her romantic life. Her British-born pal has appeared regularly on "Scream Queens" and "Snatch."

Jordyn Woods is reportedly out of her longtime BFF Kylie Jenner's house after rumors Jordyn hooked up with Tristan Thompson exploded online, ending Khloe Kardashian's relationship with the NBA star for good. But E! News noticed that as of Thursday, Feb. 21, most of the Kardashian-Jenner family was still connected to both Jordyn and Tristan via social media. According to the website, only Kim Kardashian West has unfollowed both Jordyn and Tristan. Kendall Jenner, meanwhile, has only unfollowed Tristan. If E!'s info is correct, Kylie may be waiting for "Jordyn to explain herself."

Lisa Rinna found herself with some major explaining to do after wishing Lisa Vanderpump a "happy birthday" with a tweet showing a cupcake covered in pills — perhaps the wrong image to send someone whose brother recently committed suicide after sending his fiancee a picture of rows of painkillers. "Let's be really clear about this. Lisa Vanderpump and I have a pill joke. She was part of the whole pill bag situation," Lisa said on "Watch What Happens Live" this week, according to the Daily Mail. The "pill bag situation" was a joke on "The Real Housewives of Beverly Hills," but Lisa told Andy Cohen she "had no idea" at the time that her costar's brother had taken his own life. She said she'd simply noticed no other cast members were wishing Lisa a "happy birthday." "And I thought, 'Well, that's not cool. I'm going to wish her a happy birthday. That's my cheeky — you know, we have pill humor!," she explained. She shared a similar sentiment on Twitter after the fact, writing, "I did not know her brother died of suicide. She never told me. I would never have tweet d the cupcakes if I had known. My own sister died of a drug overdose when I was 6."

A man who is neither Keanu Reeves nor the titular character in 2014's "John Wick" was reportedly placed on a mental hold after attempting to visit Natalie Portman. The Blast reports Natalie has filed for a restraining order against the man, whose identity was not released. According to police, the man, whose license is from Colorado, tried to get inside Natalie's gated Los Angeles community on Jan. 31. He reportedly "rang the intercom/doorbell multiple times but said nothing when attempts to engage him were made over the intercom," according to the police report. Authorities had already successfully filed a firearms restraining order against the man when he showed up at Natalie's. The Blast claims the two filings are "connected."

Seems Blac Chyna and her new man, Soulja Boy, were never meant to be. Shortly after split rumors hit the pair, who just started dating a few weeks ago, the rapper retweeted a story claiming the two were dunzo, adding his own, NSFW comment suggesting he was just curious when he got involved with Rob Kardashian's ex. "My apologies to Blac Chyna and my fans for the previous tweet," he posted after the raunchy confirmation (via People). "Blac Chyna and I have a mutual friendship nothing more nothing less." According to TMZ, Chyna and Soulja Boy had a serious argument regarding Chyna's ex, Tyga, as well as Soulja's level of commitment to their romance. 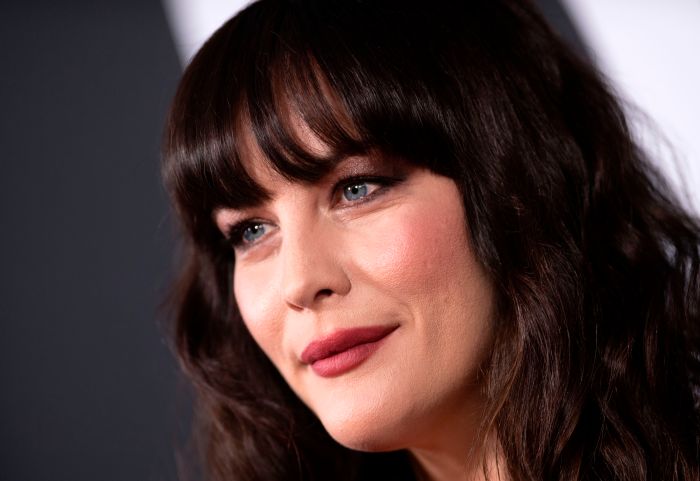