Last month, Paula Patton made her red-carpet debut with new boyfriend Zachary Quittman amid whispers the couple's relationship was not sitting well with Zachary's wife. Yep, it turns out Zachary is still married to Mia Quittman, the mother of his two kids, and while he's said they are separated, that's not the same information Mia's giving to the press. "We're not even legally separated," Mia tells Life&Style, adding that Paula and Zachary's claim that they got together after he and his wife had called it quits is untrue. "Everything that he, that they, are saying is false," she says, "[We] were not separated. His stuff is still in my house!" Reports have suggested Mia and Paula were friendly at one point, having met through their kids' shared activities. Mia denies this as well, telling the tab, "She doesn't care. It's not a good situation."

Kylie Jenner reveals how she chose the name Stormi

After months of uber-privacy around her pregnancy and the birth of her daughter, Stormi, Kylie Jenner is starting to let fans peek back in at her world. As she tells her sister, Kim Kardashian West, in the new issue of ES magazine, that world is pretty different now that she's a mother. Asked how she's persevering with the challenging early days motherhood, Kylie tells Kim she's mostly focused on being totally in love with her little girl. "I feel like it's just been so amazing, and so much fun," she says (via E! News). "I'm learning so much more about myself and life, and it's been such a great experience. Of course there's hard times and stuff … even in the beginning, just not sleeping, the nights, like, baby blues … and all the ups and downs. And also even when I'm here it was so hard to leave this morning. I'm like, 'I'll be right back, I'm so sorry, I have to leave!' and she doesn't even know what's going on. I think about her all the time, anywhere I am. I would rather be with her or wish she can come everywhere. I can't wait till she can come everywhere with me, because right when she's old enough I'll bring her everywhere." Kylie also reveals how she and Travis Scott decided to name their firstborn Stormi — kind of. "I really don't know how we thought of Storm. Her dad insisted it was him, but I feel like it was me. And that kind of just stuck with us," Kylie says. "And then I didn't really like just Storm — I didn't feel like that was her name. So then it became Stormi. And it just stuck. I feel like there were a lot of other names that I might have even liked better to be honest, but I feel like Stormi picked her own name, like it was just her name." Finally, Kim asks her sib to describe the "kind of world" she would ideally like "Stormi to grow up in." Says Kylie: "She's going to have her own challenges. I just hope that she's strong and independent and confident."

Khloe Kardashian isn't letting Tristan Thompson's cheating scandal get in the way of celebrating her first Mother's Day as a mom with her closest relatives. According to ET, Khloe and her daughter, True, are returning to Los Angeles for the holiday weekend. "She'll be with her family for Mother's Day," a source tells the website. "This is a very special Mother's Day in the Kardashian/Jenner family. For Khloe and Kylie it's their first one, and it's Kim's first Mother's Day with [their new daughter] Chicago." The krewe is expected to get together at Kris Jenner's home. Tristan, meanwhile, may be busy on the court as his Cleveland Cavaliers continue their NBA playoff series. "The time alone is good for her, she's very independent and having this space is essential for her to work through everything," the source says of Khloe and Tristan, who have spent time apart since he was accused of cheating on her because of his basketball obligations. "If they work through all this, they still have a long way to go to get back a solid foundation." Earlier this week, Khloe posted about being excited to celebrate the May 13 holiday. "This Mother's Day will be the most special yet!" she wrote. "I still can't believe I'm a mom — it feels like such an honor. Now it feels even more important to honor all the amazing women in my family!"

Lea Michele isn't quite done bursting with excitement about her engagement to Zandy Reich. The "Glee" alum initially announced she'd said "yes" to her man after he popped the question last week. Now, she's sharing Instagram pics of the screenshots from her Facetime calls to a handful of the famous pals she reached out to with the big news. At the top of her call list was Lea's "Scream Queens" costar, Emma Roberts, who happened to pick up with her own on-again love, Evan Peters. "FaceTime right after saying 'Yes!' I love you @emmaroberts. April 28, 2018," Lea captioned the adorable photo (via Us Weekly). Lea and Zandy apparently called the bride-to-be's former "Glee" costar, Darren Criss, next. Darren, who's slated to join Lea on tour this spring, looked as happy as Emma and Evan as he picked up the call alongside his fiancee, Mia Sweer.

Is Matt Lauer and Annette Roque's divorce announcement being stalled by money negotiations?

Split rumors hit Matt Lauer and his wife Annette Roque almost immediately in the wake of numerous allegations of sexual misconduct and the loss of his job at "Today." That was November, though, and there still has been no divorce announcement. According to InTouch, that's because the two are still trying to agree on how to split up their shared assets. An insider tells the tab that the two do have a prenup — and it could mean Annette gets half of Matt's estimated $100 million net worth. He recently sold their apartment in New York City for $7.35 million. The $36.5 million home they shared in the Hamptons remains on the market. Custody of their two kids has reportedly not been determined yet and Matt is said to be worried about those negotiations as well. "Matt's afraid Annette will reveal things she never has before and that his kids will lose respect for him," says a second source, calling the situation, "his nightmare."

She played a nightmare mom in "I, Tonya," but when it came to supporting Tonya Harding in real life — er, make that reality TV life — this week, Allison Janney was all about being there for the infamous figure skater. As Tonya and her partner, Sasha Farber danced to a Mariah Carey tune, earning an impressive score of 23, Allison was right there on the sidelines, blowing Tonya a kiss, according to The Blast. She reportedly say next to another star from "I, Tonya," McKenna Grace, who played Tonya as a child. Tonya ultimately stuck around through the end of the episode, watching Johnny Damon and Jamie Anderson get axed from the pool of contestants.

Uma Thurman, Sarah Jessica Parker, Chloe Sevigny, and Molly Ringwald were among the stars who helped Planned Parenthood of New York City pay tribute to Laverne Cox at the organization's annual gala on Tuesday, May 1. "So often when we talk about women's health care, we leave out transgender women," Laverne told the audience, according to the AP. She went on to discuss the parallels she sees between the struggle for equal health care opportunities for women and equal rights for transgender people. Cecile Richards, the outgoing president of Planned Parenthood, was honored as well.

The once lengthy list of universities and colleges from which Bill Cosby had honorary degrees has dwindled again. This week, Yale announced its board of trustees had decided to take back the degree it gave the comic in 2003 in an effort to support "the elimination of sexual misconduct and the adherence to due process." Prior to his guilty verdict last week in Andrea Constand's case against him, more than 20 institutions of higher learning had rescinded his honorary degrees, according to Page Six. Since he was found guilty of three counts of aggravated indecent assault, schools including Temple, Johns Hopkins University and Carnegie Mellon University have back peddled on the honors they'd previously given him, revoking their value.

As Brooke Burke continues to open up to fans about her split from husband David Charvet, David has reportedly turned to online dating. A source tells Life & Style Brooke's ex is now on the members-only dating app Raya — a popular platform for celebs in search of new love. The insider says David's "looking for younger model types," according to the tab. "He's hoping to meet new people who understand the pressure that comes with fame." Brooke and David announced they had separated last month.

There's a trend at work in the back taxes Tyga currently owes and according to The Blast, it adds up to Kylie Jenner. The website reports that The State of California Franchise Tax Board recently filed documents regarding Tyga's unpaid bill of $890,183 from the years 2011 through 2016. The Blast notes that Tyga and Kylie first met in 2011 and became close friends in the years that followed. By 2014, Tyga was surfacing on her social media. In 2015, they went public with their relationship and dated through 2016. Given Tyga's history of money issues, it seems unlikely he'll be able to use the Kylie connection as an excuse — but maybe he can learn from it with his next relationship … 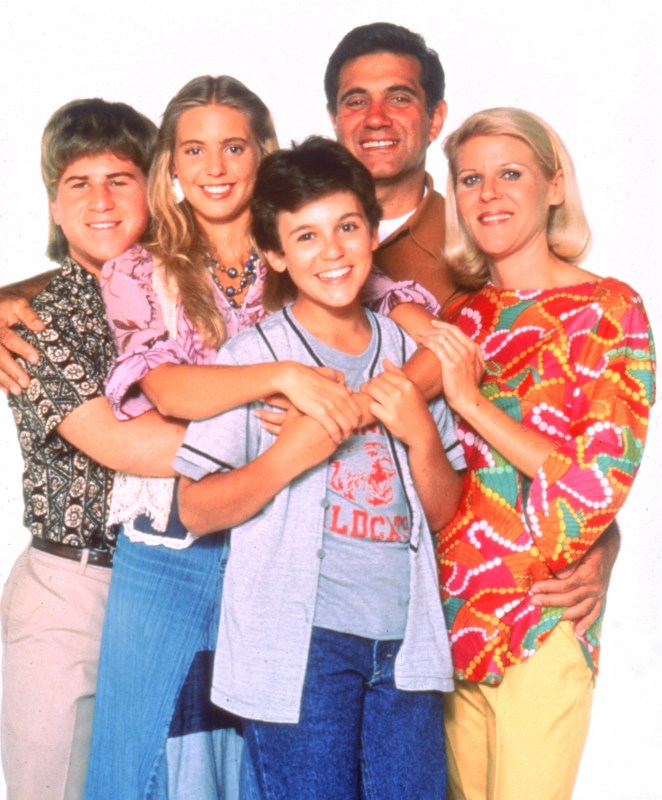