Kylie Jenner left all her recent baby-daddy drama at home and went out partying with her girls in Hollywood on Thursday night, Feb. 28. The makeup mogul hit the town for dinner with three of her pals at La Pergoletta before heading to hotspot Delilah nearby, according to TMZ. A night out with friends wouldn't be so out of the ordinary if it wasn't for reports of Travis Scott cheating having surfaced just a day prior. Though the "Astroworld" rapper denied all claims, word is that Kylie found evidence of his infidelity, which spurred a big argument between the couple on Wednesday. Kylie's former best friend, Jordyn Woods, was noticeably absent from her girl's night adventure amid yet another scandal for the famous Kardashian-Jenner family. Jordyn was caught canoodling with sister Khloe Kardashian's baby daddy, Tristan Thompson, at house party in Los Angeles on Feb. 17.

Nick, Kevin and Joe Jonas couldn't be more excited about their decision to reunite their band, the Jonas Brothers, after a five-year hiatus. After announcing the big news, the bros got together to celebrate with dinner out in New York City on Thursday night, Feb. 28. Joe shared snaps of the boys goofing around over beers at the table on his Instagram story, while Kevin took pictures in the car ride over listening to their new single, Sucker, on the radio. Earlier in the day, Nick posted a selfie with the caption, "Landing back in NYC after the @jonasbrothers announcement like …" The boys' significant others, Priyanka Chopra, Danielle Jonas and Sophie Turner, also joined in on the celebratory meal.

With four-month old daughter Rani Rose at home, Kate Hudson's life just revolves around pumping breastmilk as of late. Kate dished on her latest adventures in motherhood while taking a quick break from baby duty with her man, Danny Fujikawa, at a Women's Cancer Research Fund event in Los Angeles on Thursday, Feb. 28. "I just pump. That's all I do," she told Entertainment Tonight. "I pump, I come to nights like this every once in a while, and then I pump again." Kate, who also has sons Ryder, 15, and Bingham, 7, from other relationships, was being honored with the Courage Award at the function. "What makes her the most courageous," Danny said, "in the face of fear, she doesn't back down. That's for sure. I've seen her do things that I can't imagine doing myself and I'm very proud of her. And I'm in awe of her for some of the things that she is able to do when she sets her mind to it." Kate and Danny welcomed Rani, named after his grandfather, Ron, on Oct. 2, 2018.

Channing Tatum and Jessie J haven't officially come out as an item despite sparking romance buzz since last November, but their flirty social media exchanges say otherwise. On Thursday, Feb. 28, Channing left quite the suggestive comment on the "Bang Bang" singer's recent Instagram post, which shows her lounging in a bikini alongside a number of plates of food while vacationing in Jamaca. "Hottest Instagram food model in the game right now," he wrote. Jessie originally captioned the pic with a play on hamburgers, "Fresh face trying to be the life of the Pattie." Channing and Jessie struck up a relationship after the "Magic Mike" actor split with his wife of nine years, Jenna Dewan, in April of last year.

Jordyn Woods is getting hate from all angles following recent news that she betrayed her best friend, Kylie Jenner, by hooking up with Tristan Thompson, her sister, Khloe Kardashian's, baby daddy. Not only has Kylie disowned her, but Jordyn says she's been getting hateful and threatening messages from fans. "Every time you refresh the page it's another person bullying, or wishing death upon me, or telling me something like, 'Your father deserved to die,'" she explained during a tell-all interview with Jada Pinkett Smith on Friday, March 1. "I may have done something wrong, but whatever I did, I don't think I deserved this. It's just, it's not fair." Jordyn fully admitted to her wrongdoing while on the "Red Table Talk" show, but doesn't think it was, "a mistake that's worth public crucifixion. Instead, she wishes the matter would've been handled "internally." Sadly, almost nothing about the Kardashian's lives flies under the radar, which she probably already knew having been so close to the entire family. As for Khloe's take on the candid interview? "Why are you lying @jordynwoods??" she tweeted. "If you're going to try and save yourself by going public, INSTEAD OF CALLING ME PRIVATELY TO APOLOGIZE FIRST, at least be HONEST about your story. BTW, You ARE the reason my family broke up!"

Cardi B may have cut Offset loose for allegedly cheating in the past, but he's definitely making up for it now that they're back on track. He showed some major love for his baby mama during his performance at Marquee in Las Vegas on Wednesday, Feb. 27, making sure to play her verse on their new song, "Clout" in full. "Other songs, he was cutting off people's verses," a concert-goer told Page Six, "but he made sure he played Cardi's straight through." That says a lot for someone like Offset, who shamelessly promoted himself and his latest album, "Father of 4," wearing a shirt with his name on it on stage. The couple welcomed daughter Kulture on July 10, 2018.

It's been almost a year since Nikki Bella ended her six year relationship with fellow WWE superstar John Cena, and she's apparently never looking back. Sources at TMZ claim that she's done with her old flame for good, despite recent buzz that they could be rekindling their romance, especially now that she's been seeing her "Dancing with the Stars" partner, Artem Chigvintsev. The professional dancer reportedly flew to Los Angeles to see Nikki on Monday, Feb. Feb. 25, and took her out to eat at Wally's in Beverly Hills. Artem even posted a video toasting a glass of red wine with the beauty on his Instagram story. An eyewitness says they were there for hours, enjoying a meat and cheese board and flirting a ton.

There's nothing like a good old bowl of soup to bring someone back down to earth! On the heels of his show-stealing Oscars performance of "Shallows" with Lady Gaga, Bradley Cooper seems to be taking things way more low key. The "A Star is Born" actor was spotted having lunch at a local diner in Brooklyn with comedian Jerry Seinfeld on Thursday, Feb. 28. An eyewitness told Page Six that they stars bonded while each enjoying a basic bowl of split pea soup. They apparently weren't filming anything, but just sharing a friendly meal together. What an unsuspecting way to end a whirlwind awards season for Bradley…

For the second year in a row, Jennifer Garner is offering up free Girl Scout cookies to her fans. The "Peppermint" actress took to Instagram on Friday, March 1, to spread the word about her scrumptious giveaway. "Hi, I'm a Girl Scout leader and I over-ordered," she began, "and anyone who doesn't have access to Girl Scouts because clearly here in Los Angeles these people are overrun with Girl Scout cookies, I'm just gonna send them to you." Jenn even proceeded to share an email address where those in need could write to and ask for a whatever flavor they want. She promised to send them until she runs out, so get 'em while they're hot!

Jaden Smith is going above and beyond to make sure that Flint, Michigan, has clean water in the wake of finding out their supply was tainted with lead back in 2014. On Friday, March 1, the "Icon" rapper's JUST goods company and First Trinity Missionary Baptist Church announced their plans to bring in a mobile filtration system they designed called "The Water Box." The system was specially designed through a collaborative effort with Jaden to weed out contaminants, like lead, in the water supply. We bet his dad, Will Smith, is proud! 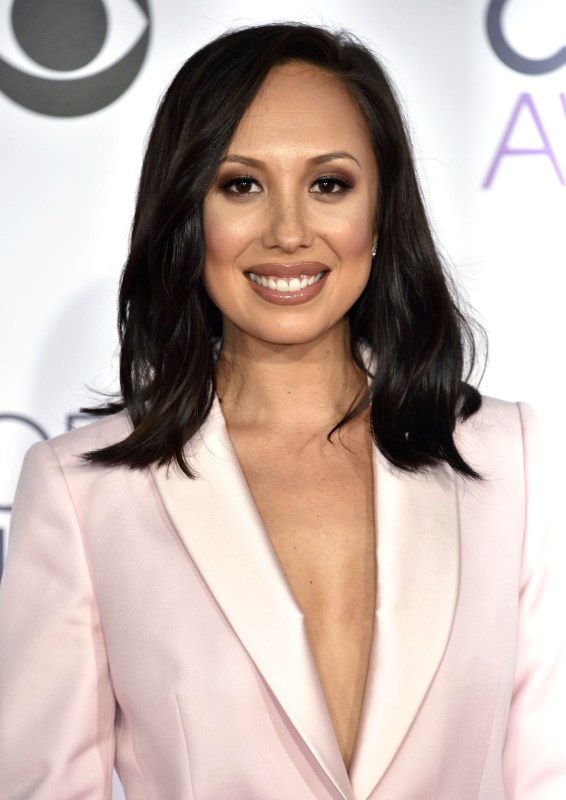