Chrissy Teigen claps back at Twitter troll after being called 'chubby'

Chrissy Teigen's got better things to do than concern herself with the number on a scale — like count the cash she's raked in for her bestselling cookbooks, for example, or speak at the House Democratic Issues Conference and hang out with Congresswoman Nancy Pelosi, as she did last week. So when a troll slammed her weight on Twitter on Monday, April 15, Chrissy took it in stride. The dis came after Pelosi shared a photo of herself with Chrissy and John Legend at the conference. "So thrilled to be introducing @chrissyteigen and @johnlegend at the House Democratic Issues Conference tonight!" she captioned the post. That's when said troll replied, "Tiegen got fat,holly z—," sparking a multitude of comments in Chrissy's defense. The troll soon replied with references to "Fatty Tiegan [sic]" and "Chubby Tiegan [sic]," according to Us Weekly. "Tiegan [sic] likes to attack people, so i'm attacking her weight, chubby needs to get to the gym," he continued. Finally, Chrissy was over it. "I hate to say this but…you are not a small person? also I don't care about my weight sooooo this does not hurt," she wrote. She later joked while replying to one of her fans, "I can guarantee he is not a handsome man. Lol." Last month, Chrissy was asked on Twitter how she's able to maintain her Sports Illustrated Swimsuit Issue-ready bod while eating like a chef. "I am 20 pounds heavier than I was before miles," she replied. "He's 10 months old, I never lost the last bit because I just love food too much. Just coming to terms with my new normal, when I had this certain number for so long!"

Ariana Grande was reportedly paid $8M for her Coachella performance

According to Rolling Stone, Ariana Grande was just a couple of songs into her headlining Coachella set over the weekend when she told the audience, "I've been practicing my whole life for this moment. I could die now." Welp, it's a good thing she didn't keel over. Because Variety is reporting the singer raked in a cool $8 million for her performance. Though it's unclear whether she had to share that with her guests, which included 'NSYNC, Nicki Minaj and Diddy, it's a whole lotta dough, given previous artist fees for the same festival. (In 2017, the New Yorker reported Beyonce, Radiohead and Kendrick Lamar were each paid "between $3 and $4 million.") This year, Ariana's set reportedly got added when Kanye West bailed on negotiations due to something stage-related.

Thanks to a new video published by Vogue, the world has now seen inside the mansion Kim Kardashian West and Kanye West spent years and millions of dollars renovating with the help of famed designer Axel Vervoordt . In response, Twitter has one question for the Wests. As one user put it (via InStyle): "Can someone PLEASE explain the sinks at kim & kanye's house?" The bathroom sinks, it turns out, are simply wide marble slabs with faucets but no apparent basins. Theories quickly suggested the sinkless sinks were about Kimye's possible dish washing aversion, that basins would not be in keeping with the home's "minimal monastery" theme or that the sinks are made from "absorbent marble stone." (Dubbing the material "high end marble sponge," one commenter joked, "What, poor people don't have any at home?") Alas, a few more likely ideas popped up as well, tamping down the increasingly funny suggestions in the comments. "You all need to look closely, the countertop is not flat so the water flows to the small slot drain, it may not be for everyone but i think it is really cool," offered one fan. Another, making one of the most likely correct suggestions we could find, chimed in to say: "They're called sink covers. The 2 dark spots are where you put ur fingers to lift them off."

Cardi B's red carpet appearance at the Swisher Sweets Spark Award event in Los Angeles over the weekend featured a few revelations. We've already decided the long, bemused cackle Cardi unleashed when a Variety reporter asked if she might make up and perhaps perform with Nicki Minaj someday was essentially an announcement that their feud ain't over, despite reports to the contrary. Cardi also got a wee bit political, exercising those AP Government chops her high school history teacher has defended on social media in the past. Asked who she'll support for president in 2020, the rapper made it clear she's pro-Bernie Sanders before acknowledging she likes Tim Ryan's health care platform. "Imma always go with Bernie Sanders. Bernie don't say things to be cool. There's pictures of him being an activist from a very, very, very long time [ago]," she says in the Variety clip. "Matter of fact I was watching the news and I saw this guy named Tim Ryan and his speech was very convincing to me," she continues. "He really wants to give the United States free health care so that's a big plus. We need health care! So I don't know, we'll see."

Rihanna's father, Ronald Fenty, has denied his daughter's claim Ronald and his Fenty Entertainment company are trying to capitalize on her name without her consent. Documents excerpted by The Blast show Ronald wants the lawsuit Rihanna filed against her dad dismissed. Rihanna's original complaint claims Fenty Entertainment has been pretending to represent her. He denies that as well, and says he has the right to use his own last name in his business dealings with or without her "authorization." Rihanna has previously said she has a strained relationship with Ronald due in part to his alleged physical abuse of her mother.

When Eva Mendes agreed to star in 2012's "The Place Beyond The Pines" opposite Ryan Gosling, she had no idea the career move would impact her personal life forever. As she says in the new edition of Women's Health, she wasn't even thinking about settling down with someone or having kids at the time. Then, she says, "Ryan Gosling happened. I mean, falling in love with him. Then it made sense for me to have…not kids, but his kids. It was very specific to him." Two years after the movie premiered, Eva and Ryan welcomed their first daughter, Esmeralda. A second daughter, Amada, followed in 2016. "We're just starting to get out of survival mode. I'm starting to feel like a person again," she says of parenthood. "We have an amazing support group: Ryan's mom, my mom, Ryan's and my sisters. It's a village that helped us. My heart goes out to women who do this alone. I basically come from a single-parent household; although I love my dad, my mom mostly raised four of us on her own." As a mom to two daughters today, Eva focuses on letting the girls know when she's with the family, all that matters is Eva's role as their mother. "What I try to emphasize is that I don't let them see me put attention to how I dress. They've never seen me get ready for something; they've never seen me at work," she says. "Which is fine, for whoever wants to do it that way, but the way I keep it normal is by not letting them see me in these situations. I'm just Mom. And I'm more than happy to just be Mom."

What's next for Wendy Williams' show after divorce news?

How will Wendy Williams and Kevin Hunter's impending divorce — and the child Kevin allegedly fathered with a mistress — affect the "Wendy Williams Show," which he executive produces? TMZ's production sources say the former couple are working towards "an accord" by which he would exit his post. According to TMZ, his agreement is more about Wendy's health than anything else. Apparently, the two have had numerous blowups on set and his presence there in general has been stressing her out. In a statement released Tuesday, April 16, Kevin released a statement in which he seemed to confirm his mistress had given birth to his baby. "I am not proud of my recent actions and take full accountability and apologize to my wife, my family and her amazing fans," he said in the statement. "I am going through a time of self-reflection and am trying to right some wrongs." The two were married for 22 years before news of their split was confirmed.

Angelina Jolie and Brad Pitt have yet to work out the final terms of their divorce, but thanks to a legal bifurcation, they are now officially single — and Angelina is officially back to being Angelina Jolie, having dropped Pitt from her last name. People reports they requested they both requested the bifurcation. As they continue to hash out the the divorce they filed for back in 2016, a source tells People, "both parents are focused on what's best for their [six] kids."

In 2017, when Andrew Garfield was playing a gay man dying of AIDS in "Angels in America," he got himself into a whole lot of trouble by joking during a Q&A session that he watches "RuPaul's Drag Race" as a way of understanding his character, adding, "I am a gay man right now outside this play, just without the physical act." He was slammed for being insensitive and stereotyping gay men. In a recent interview with the Independent, the actor was asked to weigh in on criticism around straight people filling the roles of characters who identify as LGBQT. "I understand the complaint," he said. "I think Tony Kushner put it best. He said, 'It's illegal for me to ask someone who they f— in terms of hiring them for a job. That's none of my business who someone sleeps with. The only question I have as the playwright is, are they right for this character?' He said that if we only let people play who they are, then it's the death of empathic imagination. I think that's beautifully put, and I agree with it." Andrew also said he's aware of the privilege he enjoys. "… Taking such a role means potentially taking it away from an LGBTQ person," he admits. "The community has suffered so much oppression. As a straight, white male, with so much privilege in this world, I believe my job right now is to pay attention, to listen and to be an ally."

And the winner is …

Introducing the CFDA's 2019 Fashion Icon! Yep, this year's top prize taker at the CFDA Awards in New York City on June 3 will be Jennifer Lopez. "Jennifer Lopez's style is bold, uninhibited, and always memorable," said CFDA president and CEO Steven Kolb in a statement about the honor published by JustJared. Diane von Furstenberg, who serves as the organization's chairwoman shared some praise for the "Hustlers" star as well, declaring that Jennifer "uses clothes as a way to express confidence and power." Last year, the Icon Award went to Naomi Campbell. Other recipients have included Beyonce, Rihanna, Pharrell Williams and Johnny Depp. 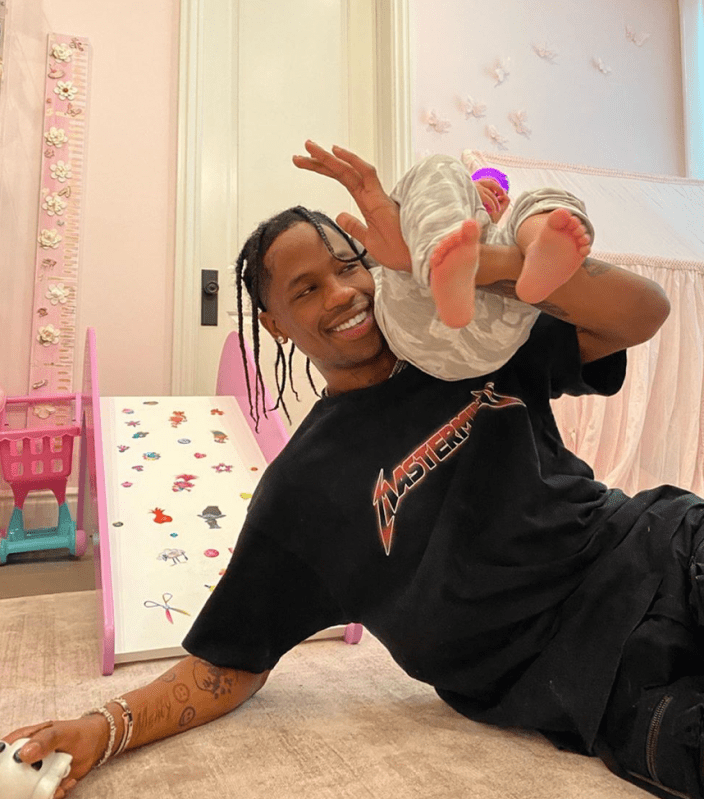 Up Next Hometown Help