Kris Jenner now has a Moet dispenser in her home

Kris Jenner's well-documented penchant for party-throwing is about to get turned up a notch. On Monday, June 4, the Kardashian family matriarch shared an Instagram photo of the newest addition to her entertaining arsenal — a Moet & Chandon vending machine. "When a forklift shows up at my house on Monday morning with a Champagne Vending Machine and an unlimited supply of @moetusa@moetchandon Champagne i am jumping for joy!!!" she captioned a pic of the sleek, black machine (via the New York Post). "And I'm not gonna lie," she added, "a little drunk." Turns out the surprise gift was a housewarming gift from Chrissy Teigen and John Legend and another couple, hairstylist Jen Atkin and photographer Mike Rosenthal, according to ET. "I LOVE you guys thank you my beautiful friends #ilovechampagne#ilovemyfriends #blessed #luckygirl," Kris gushed on social media. kris recently moved into a new house in the Hidden Hills section of Los Angeles.

Speaking of over-the-top gifts … Prince Harry and his new bride, Meghan Markle's royal wedding guests were asked to make donations to charities in lieu of giving the couple wedding presents. Luckily for them, Queen Elizabeth is not accustomed to taking direction from her grandson. Metro reports Harry's grandmother gave the lovebirds York Cottage, one of the royal properties that makes up Sanringham Estate, her 20,000 acre swath of land 110 miles northeast of Kensington Palace in Norfolk. The new digs have been described as "three Merrie England pubs joined together, oozing charm and character," by Metro. After Prince William and Duchess Kate tied the knot, the queen gave them a pad at Sandringham Estate as well. Meghan and Harry are currently spending time at a two-month rental in the Cotswalds while Harry's longtime Nottingham Cottage home at Kensington Palace undergoes renovations.

When the Interwebs found Ariana Grande had ditched her usual cat-eye makeup and pulled-back hair for the cover of the new edition of British Vogue, the response was overwhelmingly positive, with celebs like Katy Perry praising Ariana's super natural new look. The cover also sent one heart into super-flutter mode. Ariana's new boyfriend, "SNL" star Pete Davidson commented on the singer's Instagram pics of her Vogue photo shoot with this: "Ummmmmm hiiiiiiiiiiii. i'm the luckiest contest winner ever," (via People). Ariana's response? "Nahhhh i am." Get a room, y'all!

"Mental condition" or not, Kanye West is far from the hook when it comes to his recent declaration that slavery in America "sounds like a choice" on the part of those who were enslaved. At the Council of Fashion Designers of America Awards on Monday, June 4, the event's host, Issa Rae — the first person of color to host the event — took a dig at the rapper. "I'm about as fashionable as Kanye is black — only when it's convenient," she quipped, adding, "That joke was my choice, just like slavery." D'oh. Vulture points out Kanye's wife, Kim Kardashian West, likely heard the dig, as she was on hand to accept the Influencer Award. She doesn't appear to have taken too much umbrage at Issa's comment, judging from a quick peek at her social media. On the other hand, Kim's recent get-together with Donald Trump raised some eyebrows despite the fact that Kim's heart was in the right place when she asked for the meeting. Maybe she's picking her battles …

Oprah Winfrey is getting her own museum exhibit

Americans may not get the chance to vote Oprah Winfrey into the White House, but we will have the opportunity to learn more about how she became such a powerful media mogul, journalist, actress, philanthropist and speaker. On Friday, June 8, the National Museum of African-American History and Culture is set to open an exhibit called, "Watching Oprah: The Oprah Winfrey Show and American Culture," according to the Washington Post. Featuring video clips, interviews, clothing, personal photos and journal entries, the exhibit will delve into Oprah's childhood, book club and charity work as well as her show. "We're providing a context for understanding not only who she is, but how she became a global figure, and how she is connected to broader stories and themes," said Kathleen Kendrick, who helped curate the pieces showcased in the exhibition. According to the New York Post, Oprah has donated $21 million to the museum over the years, making her its largest benefactor. Funds for the exhibit, however, were obtained separately by the museum.

Over the course of the five "ER" seasons, costars George Clooney Julianna Margulies became close friends. They're still pals today, and while Julianna has been a parent for much longer than George, she's not in the business of giving him advice when it comes to raising the twins he shares with Amal Clooney. Speaking to Amy Robach on "Good Morning America" this week, Julianna explained (via Us Weekly): "Oh, you know, he doesn't need advice from me, he's married to Amal. She's a human rights lawyer!" But the two do chat about George's experiences with Ella and Alexander, who are about to turn 1. Recounting her "favorite" email conversation with the actor, Julianna recalled asking him a general question about how parenting was going. "I just can't believe there's so much poop," George replied. At that point, Julianna gave him fair warning. "I said, 'Oh brace yourself, my friend,'" she told him, "'they haven't even started eating solids yet!'"

The city of West Hollywood is publicly thanking Kathy Griffin for raising more than $5 million to support HIV/AIDS services and LGBTQ causes by giving the comedian a Rainbow Key Award at a ceremony honoring Kathy and six other activists who have made "outstanding contributions to the gay and lesbian community," according to WeHoArts.com. The ceremony is slated for the night of Tuesday, June 5, at West Hollywood's City Council Chambers. It's the latest of multiple signs her career has finally recovered from the blow it took after she posed for a photo with a fake, severed Donald Trump head. A year later, Kathy is back to selling out venues on her comedy tour and being invited to appear at events like the 2018 Writers Guild Awards, where she served as a presenter.

Tyrese Gibson has added a new twist to the drawn-out court fight with his ex-wife, Norma Mitchell Gibson, over their 10-year-old daughter, Shayla. According to TMZ, the actor recently filed documents requesting a switch from shared custody to primary custody of the little girl, whom he wants to come live with him in Atlanta. Explaining why he thinks he can give Shayla a "stable and loving" home, he says Norma has been keeping from him in general as well as barring him from access to information about her wellbeing. Tyrese also cites his 23,000 sq. ft mansion, which he says is in a "affluent and safe neighborhood" and features a bedroom for Shayla that's already been outfitted with her color preferences. He goes on to say that she has lots of friends nearby, that she'll attend a very good private school in the area, that there will be fewer paparazzi than she's dealing with now and that he's shooting the ninth edition of "Fast & Furious" in Atlanta. Norma and Tyrese were married from 2007 until 2009.

Ashton Kutcher is losing his hair

Baseball hats to the rescue! When Ashton Kutcher stopped by "Conan" on Monday, June 4, to talk about his new series, "The Ranch," Conan O'Brien dropped a casual compliment, telling the actor, "you always look good … you've got good hair." Ashton admitted that he won't have good hair for long. "I'm going a little bit," he said (via E! News). "I'm losing it." He went on to explain he noticed his hair was thinning around the age of 25. A doctor put him on a hair loss medication called Avodart, which gets rid of the testosterone-making byproduct that causes hair loss in men. When he and his wife, Mila Kunis, opted to have children, he started worrying about the side effects of the medication. "I didn't know: Is it safe to take? So, I stopped taking the stuff about three years ago and now I'm experiencing the hair loss," Ashton explained. "It's starting to go. I'm a baseball cap guy, so I think I'm OK. I've established myself as a baseball cap wearing individual. When it does go, you're not going to know that it's gone, because I'm just going to have a ball cap on." He also noted he's not a fan of toupees. "I'll just let it go," he said. "I'll [be a] character actor or something."

The cast of "Big Little Lies," which features Meryl Streep in the forthcoming Season 2, powered through some serious hang time over the weekend. One day after Reese Witherspoon, Laura Dern, Zoe Kravitz and Shailene Woodley shared pics of their trip to the movies to see Shailene's new film, "Adrift," pics surfaced on social media showing even more of the show's stars laughing, tossing back some cold ones and posing for photos together at a bowling alley. "We work and we play! Bowl-a-Rama party with the ladies of #BigLittleLies!" Reese captioned a photo of herself alongside Nicole Kidman, Meryl and Shailene (via E! News). Nicole chimed in with a post as well, writing, "Sunday night fun with our amazing #BigLittleLies crew." The air date for the new season, which started production this spring, has not yet been announced. 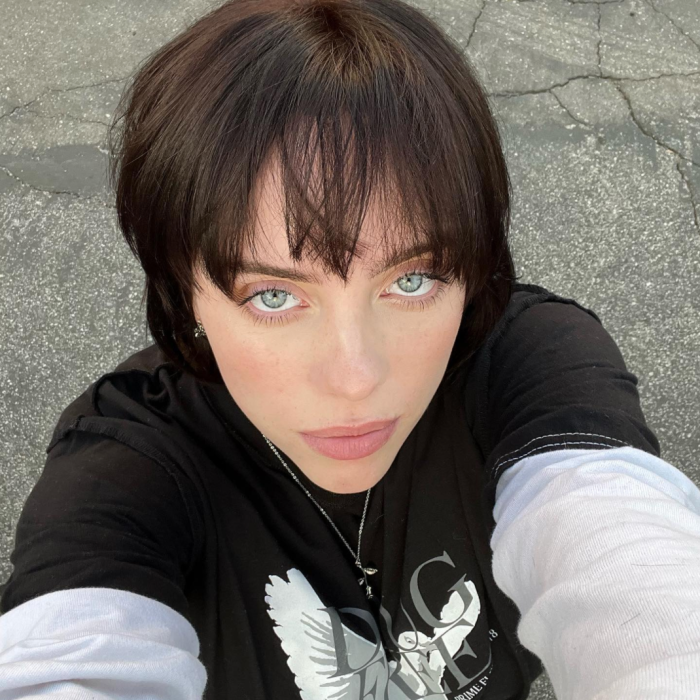