Miranda Lambert and Anderson East have split up after more than two years of dating, claims a new report. According to a Feb. 27 story from In Touch, it was Anderson who ended things, and Miranda is "devastated." "She didn't see it coming," a source said, adding that the two just "grew apart." Miranda is said to be focusing on her work to help heal the wounds. "She refuses to sit around feeling sorry for herself," the source said. Us Weekly also reported that social media evidence has continued to fuel split speculation: Anderson hasn't posted any Instagram pics of Miranda since her birthday in November nor liked any of her posts since December. The country singer also hasn't posted any pics of the rhythm and blues musician on her social media feeds in months.

"Clerks" star Kevin Smith suffered a heart attack, he revealed on social media on Feb. 26. He had just finished a comedy show when it happened. "After the first show this evening, I had a massive heart attack," the filmmaker said on Twitter, sharing a selfie from his hospital bed. "The Doctor who saved my life told me I had 100% blockage of my LAD artery (aka "the Widow-Maker"). If I hadn't canceled show 2 to go to the hospital, I would've died tonight. But for now, I'm still above ground!" He further detailed his medical emergency on Instagram. "After the first show, I felt kinda nauseous. I threw up a little but it didn't seem to help. Then I started sweating buckets and my chest felt heavy… But this is what I learned about myself during this crisis: death was always the thing I was most terrified of in life. When the time came, I never imagined I'd ever be able to die with dignity – I assumed I'd die screaming, like my Dad (who lost his life to a massive heart attack)… Total strangers saved my life tonight (as well as my friends @jordanmonsanto & @iamemilydawn, who called the ambulance). This is all a part of my mythology now and I'm sure I'll be facing some lifestyle changes (maybe it's time to go Vegan). But the point of this post is to tell you that I faced my greatest fear tonight… and it wasn't as bad as I've always imagined it'd be. I don't want my life to end but if it ends, I can't complain. It was such a gift."

Heather Locklear was arrested on charges of domestic violence and assaulting a police officer on Feb. 25. TMZ reported that Heather's brother went to her home that evening and saw the actress and her boyfriend fighting. He called 911. Once police officers arrived and tried to take Heather in for domestic violence, she allegedly became combative and attacked a cop. In addition to the DV charge, she was also arrested on three counts of misdemeanor battery on an officer. After the arrest, Heather was taken to the hospital for evaluation. Then, the story got stranger: Just two hours later, her boyfriend, Chris Heisser, was arrested for DUI in Los Angeles.

Alicia Silverstone has separated from her husband of 13 years, musician Christopher Jarecki, she announced on Feb. 26. The couple, who dated for seven years before marrying in 2005, share a 6-year-old son, Bear. "They still deeply love and respect each other and remain very close friends but have mutually decided to separate after being together for 20 years. They have a son together who they will continue to co-parent," the "Clueless" star's rep told E! News.

Kylie Jenner had a baby one month ago, but you'd never know it by looking at her body. The reality TV star, who's 20, showed off her post-baby body and flat tummy on March 1 on Snapchat. She looked impressive. "1 monthhhhhhhhh," she captioned the video. She later posted another video revealing her bod while sitting down. Though she was very quiet about her pregnancy, Kylie is now slowly getting back onto the social media train. A few hours after her midriff-revealing post, she shared a pic of herself holding her daughter, Stormi. "My angel baby is 1 month old today," she captioned the photo with her bundle of joy.

Police rushed to Tori Spelling's home on March 1 after receiving a call about a disturbance. TMZ said the "Beverly Hills, 90210" alum was having a "nervous breakdown." A police dispatch tape, obtained by The Blast, referred to Tori as a "female" with a possible "mental illness." TMZ further reported that Tori was being very "aggressive" when authorities got to her home. New pal Corinne Olympios of "The Bachelor" fame said the actress is "overwhelmed" by motherhood (she and husband Dean McDermott have five kids). The Blast also reported that the police response was triggered by an argument Tori had with her husband.

Girl power, palace-style! The Spice Girls are not only going to the royal wedding in May — they're performing at it too! (Insert scream here!) While appearing on "The Real" on Feb. 27, Mel B tried to stay mum when asked about her possible attendance at the wedding of the year, but she let a few things slip. After confirmed she'd been invited to Prince Harry and Meghan Markle's nuptials, Mel admitted the Spice Girls were all going. Things got even more interesting when host Loni Love asked the "America's Got Talent" judge, "Will the Spice Girls be performing at the reception?" Mel's body language seemed to confirm that the pop stars are indeed performing. Mel even tossed her notecards in the air and wondered why she was being so honest. "I need to go," Mel said after dropping the bombshell. "I'm going to be fired. I'm going to be fired." She then added, "Let's not talk about it anymore. Let's pretend I never said that."

Blac Chyna is turning back the clock on her dating life, but she's also wading into familiar waters. Rob Kardashian's ex is dating a rapper, something she's done many times. The rapper, though, is YBN Almighty Jay, and he's just 18 years old. Chyna, who's 29, was approached by photographers on Feb. 28 while holding hands with her beau and proclaimed, "We're, like, dating." Earlier in the week, there was speculation that she was seeing the teen after they were witnessed cuddling up and kissing at a bowling alley. Chyna, of course, knows a thing or two about dating musically inclined men, as she has a child, King Cairo, with rapper Tyga. She's also been linked to rappers Playboi Carti and Ferrari. Rob seems to be the exception to her dating history.

Hilarie Burton and Jeffrey Dean Morgan are now proud parents of a baby girl. Jeffrey announced the news on Twitter on March 1. "Hey y'all… baby gal morgan is spectacular. We just respecting her wishes for laying low a bit longer. But we super appreciate all the well wishes n stuff. Thank you. Xojdhilgusandbabygal," he wrote. The "One Tree Hill" actress and the "The Walking Dead" actor already have a son named Augustus or "Gus."

Scott Disick is dating 19-year-old sometime model Sofia Richie, but he still can't get over the fact that his ex, Kourtney Kardashian, is also dating a younger model, 24-year-old Younes Bendjima. "Scott is still insanely jealous of Younes," a source told E! News as part of a Feb. 28 report. "He just can't come to terms with the fact that Kourtney has found true happiness with someone else." In fact, the source said Kourtney is "in love" with her young beau. "Scott is hurt she chose someone else and it really bothers him," the source added. "He can't control his emotions about it and lets it all out… He can't deal with someone else having Kourtney." The source said Scott and Kourtney's relationship is complicated because of their respective romances. "It makes things between them tense and unpredictable," the source said. "Kourtney never knows when he is going to fly off the handle or go nuts about something. Scott just never thought it would last this long with Younes or become so serious. Nobody really did." 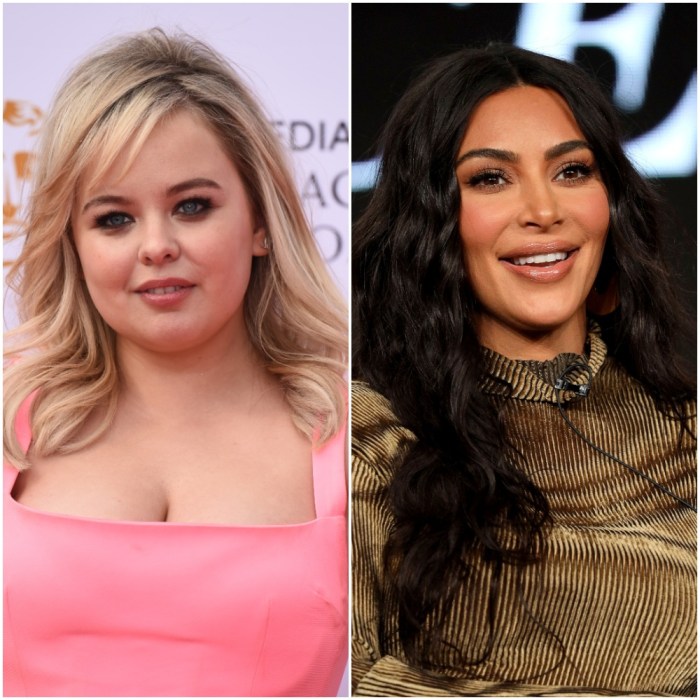 Up Next Duchess Kim