The best accessories in royal fashion? The hats! Wonderwall.com is rounding up all of Duchess Kate and Duchess Meghan's hat, headband, headscarf and tiara moments of 2019, starting with this chic accessory on the Duchess of Cambridge… Kate attended Christmas services at St. Mary Magdalene Church on the queen's Sandringham estate in Norfolk, England, on Dec. 25 wearing a deep green Sylvia Fletcher for Lock & Co. hat that she previously wore on Christmas Day in 2015 as well as on St. Patrick's Day in 2017. Now keep reading for more of Kate (and Meghan's) stellar headwear selections this year…

RELATED: Every outfit Duchess Kate has worn in 2019

Duchess Kate wore her favorite tiara — the Lover's Knot — to an evening reception for members of the Diplomatic Corps at Buckingham Palace in London on Dec. 11. It's the fifth time in a row she's donned this particular tiara — a favorite of her late mother-in-law, Princess Diana — to the annual event.

RELATED: See all the best photos of the British royal family in 2019

Duchess Meghan wore a black wool felt hat by milliner Stephen Jones to the annual Remembrance Sunday memorial service at The Cenotaph in London on Nov. 10.

Duchess Kate wore a black Philip Treacy hat with a net veil to the annual Remembrance Sunday memorial service at The Cenotaph in London on Nov. 10.

Duchess Kate wore a sparkly black padded headband from Zara to the annual Royal British Legion Festival of Remembrance at the Royal Albert Hall in London on Nov. 9.

Duchess Meghan wore a luxe blue velvet beret by milliner Philip Treacy featuring a knot and a net veil to the 91st Field of Remembrance service at Westminster Abbey in London on Nov. 7.

Duchess Kate wore a teal blue headscarf embellished with gold phulkari by Pakistani designer Maheen Khan for a visit to Badshahi Mosque in Lahore during a royal tour of Pakistan on Oct. 17.

Duchess Kate donned a colorful feathered headpiece while visiting with the Kalash people — Prince William wore a traditional Chitrali hat — while in the Hindu Kush region in Northern Pakistan on Oct. 16 during their royal tour of the country.

Duchess Kate doesn't need diamonds — she looked like a princess in a plastic tiara while having a pretend tea party with 7-year-old Wafia Rehmani, who's receiving treatment for a kidney tumor, at the Shaukat Khanum Memorial Cancer Hospital in Lahore on Oct. 17 during her royal tour of Pakistan with Prince William.

Duchess Meghan wore a pale cashmere Cuyana headscarf during a visit to Auwal Mosque in Cape Town's Bo-Kaap area on Heritage Day, Sept. 24, during her tour of Southern Africa with Prince Harry.

Duchess Kate wore a practical nylon Gill Marine SailGP race cap when she competed in the King's Cup regatta at Cowes on England's Isle of Wight on Aug. 8.

Duchess Kate re-wore a black Lock & Co. hat dubbed the Lion Tamer — which she first donned back in 2011 — for the Order of the Garter service at St. George's Chapel at Windsor Castle on June 17.

Duchess Kate chose a floral-embellished Philip Treacy hat for Trooping the Colour in London on June 8 — an accessory she first wore at Meghan and Prince Harry's royal wedding in 2018.

OK, so it's not a hat — but it goes on her head, so we're including the incredible Lover's Knot tiara that Duchess Kate wore when she attended a state banquet at Buckingham Palace hosted by the queen on June 3 for President Donald Trump during the American politician's three-day state visit to Britain. The diamond-and-pearl tiara was created for Queen Mary back in 1914. She left it to her granddaughter, Queen Elizabeth II, who often lent it to Princess Diana. It's now become Diana's daughter-in-law's go-to-tiara for formal functions.

Duchess Kate wore a pink Juliette Botterill disc hat with rose and feather details to a garden party at Buckingham Palace in London on May 21.

Duchess Kate donned this lovely peacock blue piece by Rosie Olivia Millinery, which features pheasant feathers, for the Anzac Day Service of Commemoration and Thanksgiving at Westminster Abbey on April 25.

We adored the cream pillbox hat that Duchess Meghan wore on March 11 for the Commonwealth Day Service in London. The Jackie O-inspired accessory by an unknown designer paired perfectly with her otherwise all-Victoria-Beckham ensemble.

Duchess Kate rocked red for the Commonwealth Day Service in London on March 11, opting for this bright red chapeau complete with a massive bow.

Duchess Kate wasn't about to get pinched on St. Patrick's Day! The royal wore head-to-toe green for the annual St. Patrick's Day Parade and Shamrock Ceremony at the Cavalry Barracks in London on March 17, including this beautiful dark green hat with a floral motif.

For Easter services at St. George's Chapel at WIndsor Castle on April 21, Duchess Kate picked a periwinkle-gray shade! The royal topped her pastel-hued Alexander McQueen coat with a Jane Taylor hat in a style called the Lupin.

We're not used to seeing a royal in a hat this casual, but we loved it! Duchess Meghan donned a sleek black baseball cap while in New York City, where friends threw her a baby shower on Feb. 20. She paired the basic piece with an all-black outfit and camel coat.

Duchess Kate re-wore one of her go-to hats — her black Lock & Co. chapeau in a style called Fairy Tale — for an engagement with Queen Elizabeth II at King's College London on March 19. She's been seen wearing this staple more than half a dozen times.

For her first outing of the year — Sunday church service on the queen's Sandringham estate on Jan. 6 — rather than a proper hat, Duchess Kate chose another statement accessory: a wide blue ribbed headband with a bow-like detail that perfectly matched her Catherine Walker coat. 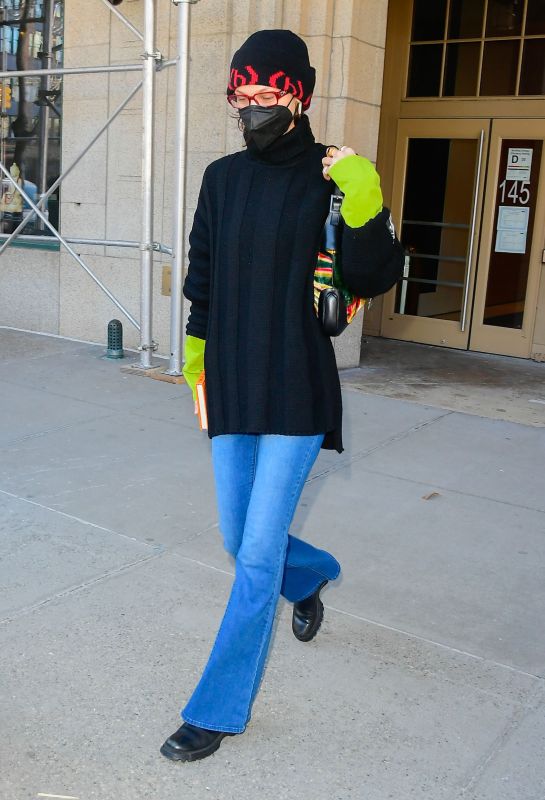