In the forthcoming political comedy "Flarsky," Charlize Theron plays Seth Rogen's dream girl. But a new report from Life&Style claims their co-star, Alexander Skarsgard, is the one pursuing Charlize in real-life — and if the tab's claims are true, Charlize is all about it. The mag's source says the two have been "flirting on set" in a follow-up to their rumored 2012 relationship. "They're keeping it as private as they can, but it's hard to hide. They are both thrilled that this romance is back on," says the Life&Style insider. "Charlize cusses and has a wicked sense of humor, which he loves," the source adds. "Alexander is a serious guy, a deep thinker, and she loves that. He's well-read, loves the classics and is a movie buff just like her." Charlize has been single since she and Sean Penn called it quits in 2015, according to the Daily Mail. Alex and Alexa Chung split last summer.

Two weeks after they vacationed together in the South of France with Sienna Miller, Justin Theroux and Emma Stone hit a dinner party hosted by another famous pal, Jennifer Lawrence. On Monday, June 11, J. Law had the "Maniac" costars, along with author and style editor Derek Blasberg — who also joined their celeb-stuffed get-together in the South of France — over for a meal on the rooftop of her New York City apartment, according to E! News. "They were eating and drinking and looking at the view and taking selfies," says an insider. The party reportedly went on for a few hours before Justin was spotted heading home with his new dog, Kuma. Despite the multiple hangout sessions, sources have said Emma and Justin are just friends and that Justin has been "casually dating" since his split from Jennifer Aniston.

Over the weekend, newly engaged "SNL" star Pete Davidson showed a few dance moves in an Instagram post that featured him bopping around to a Kid Cudi track. When he executed a stuttered spin he executed in the video, the Daily Mail noticed a new development in his tat art: the image of his recent ex, Cazzie David's face he once had tattooed on the inside of his right forearm has since been covered up with a dark block of ink much like what appears on his other forearm. Given the giant rock he reportedly slipped on Ariana Grande's left ring finger, we assume he realized having Cazzie's face on his skin all the time wasn't a great look, particularly in light of how little time passed between his split from Cazzie this spring and his recent engagement to Ariana. While Pete and Ariana appear to be completely happy and in love in their shared Instagram posts, Pete's exes seem a bit less elated. On Tuesday, June 12, Cazzie shared a photo from a vineyard of herself winking while making a slightly disgusted face alongside the caption, "Came to wine country a person, leaving a human bottle of wine," which her followers mostly took as a reaction to her ex's engagement. Pete's previous ex, Carly Aquilino also posted a thinly veiled reaction to the news. In a screenshot on Instagram Stories spotted by E!, Carly showed a text from a friend that read, "I know I'm the 9 billionth person to text you today about this, but… I can't." She captioned it, "My day in a text message."

Is this the next leader of the free world? Kathy Griffin doesn't see why not. "I'm just floating this idea: Kardashian-Daniels 2020," she recently told People. "I'm not saying it's perfect, but desperate times call for desperate measures." While Kathy probably has less of a vested interest in the porn star who's now suing the president, People notes she lived next door to Kim and Kanye West (who touted himself as a viable presidential candidate at the 2015 VMAs) around the time she faced widespread criticism for appearing in a photo that showed her holding a fake, bloodied Donald Trump head. She also reportedly pals with Kim's mom, Kris Jenner. With two-plus years to go before 2020, however, at least Kathy's getting plenty of good material from the current administration, like Environmental Protection Agency Administration head Scott Pruitt trying to get his wife a gig at Chick-fil-A. "You can't write this s—!" Kathy says. "That is just the kind of comedy that falls into my lap."

All but one 'Avengers' star got matching tattoos

There was apparently a group text between the "Avengers" star on the subject of Mark Ruffalo's refusal to get a matching tattoo with his co-stars. Jeremy Renner dishes on the ink drama when he stopped by "The Tonight Show" this week, telling Jimmy Fallon, "The original six got a tattoo because we've all been together over the last decade and spend a lot of time together and have a lot of similar shared experiences in life, so we got this symbol that this artist designed for us," according to JustJared. "Ruffalo is the only one that kind of chickened out at the last minute, I'm not sure why," he continued. "He just didn't want to do it. So we said, 'We'll get you some henna or something.' 'Cause it's not really about the tattoo, it's about the celebration of our friendship that's bonded over the last decade. So we're on this group text, all of the Avengers … We're like, Ruffalo, everybody is chiming in on this." That's when Jeremy issues Mark, who plays Hulk in the "Avengers" franchise, one final, high school-esque dig: "… I'm like, 'You know, guys, I have Eric Bana's number, lemme give him a call. You know, the original Hulk." Cold!

Gordon Ramsay's spoken openly about his easily flared temper, but this month, the chef showed a different side of himself in a recent collaboration with the Make-A-Wish foundation. Rather than spending 24 hours transforming a failing kitchen into a success story, he spent spent 24 hours reaching out to kids suffering from serious illnesses to tell them something they'd wished for was coming true. According to People, kids he spoke to learned they were going to spend some quality time with Katy Perry, meet James Corden, check out avid car collector Jay Leno's garage, take a trip to Montana and hang out with various Food Network personalities. In each case, Gordon reportedly met or called the children to tell them their exciting news. "What a day, an amazing day," he later told People. "Getting a chance to meet these incredible kids and seeing their strength and understanding their excitement is mind-blowing." The goal was for him to deliver wish news to 24 kids in 24 hours; in the end, he hustled, chef-style, and surprised 32 children with one wish each.

New documents filed in a lawsuit against Justin Bieber stemming from a fight in Cleveland after the 2016 NBA Finals allege Justin Bieber used a racial slur in order to "insult and humiliate" Las Vegas businessman, Tobias Cannon. "Justin Bieber has a history of inappropriate behavior," the plaintiff's lawyers say in documents excerpted by The Blast. "Mr. Bieber's celebrity does not give him a license to use the 'N' word." The attorneys claim their client was "sucker punched in the back of the head by one of Mr. Bieber's babysitters" during the incident and deny the suit was being filed for publicity or money, as Justin's manager, Scooter Braun has claimed. Justin has not discussed the matter publicly since the initial filing. The fight reportedly began after Tobias took a photo of Justin that he refused to delete.

Lil Wayne wants what he believes is a bunk assault and battery lawsuit dismissed. The rapper was accused by a white security guard at Hyde nightclub of punching the man, throwing a drink at him and yelling "F— you, white boy" during a BET Music Awards afterparty in 2016. The bouncer, Andrew Nunemacher, sued Weezy, his label and Hyde for damages and is now trying to add a $25,000 civil penalty because of the alleged "white boy" comment, which he says makes the incident a hate crime, according to The Blast. In a response, Weezy reportedly denies the hate crime aspect of the suit and says he was "careful" adnd "reasonable" during their interaction, in which Wayne says he never assaulted the man, though he does say he acted in self-defense.

After Robert De Niro's "f— Trump" declaration (and the crowd's subsequent standing ovation) at the Tony Awards over the weekend, Donald Trump, not surprisingly, weighed in with a Twitter response. "Robert De Niro, a very Low IQ individual, has received to [sic] many shots to the head by real boxers in movies. I watched him last night and truly believe he may be 'punch-drunk,'" he tweeted this week, taking a shot of his own at the two-time Oscar winner. "I guess he doesn't realize the economy is the best it's ever been with employment being at an all time high, and many companies pouring back into our country. Wake up Punchy!" Robert, meanwhile, happened to be in Toronto, where the New York Post reports he referenced the president's "idiotic behavior" and apologized to the Canadian Prime Minister, whom the president recently called "very dishonest and weak." Speaking at the groundbreaking of a new Nobu restaurant, Robert said, "It's a disgrace. And I apologize to Justin Trudeau and the other people at the G7. It's disgusting."

Rose McGowan on Anthony Bourdain's death: 'The stigma of loneliness' is the only one to blame

While sitting with her friend, Asia Argento, Rose McGowan wrote an open letter about how people are reacting to the suicide of Asia's boyfriend, the late Anthony Bourdain. "To the media and to the random commenter, Anthony would never have wanted Asia to be hurt, I'd like to think he would want us to have the collective conversation that needs to be had about depression," Rose wrote (via the New York Times). "Anthony's internal war was his war, but now she's been left on the battlefield to take the bullets," she continued "It is in no way fair or acceptable to blame her or anyone else, not even Anthony." She went on to note that Asia and Anthony had an open relationship and were "free" to love others. They both also suffered from severe depression. "In the beginning of their relationship, Anthony told a mutual friend, 'He's never met anyone who wanted to die more than him,'" Rose wrote. "And through a lot of this last year, Asia did want the pain to stop. But here's the thing, over their time together, thankfully, she did the work to get help, so she could stay alive and live another day for her and her children. Anthony's depression didn't let him." Finally, she said Anthony "reached out for help, and yet he did not take the doctor's advice" before his death. "And that has led us here, to this tragedy, to this loss, to this world of hurt." She concluded by saying: "There is no one to blame but the stigma of loneliness, the stigma of asking for help, the stigma of mental illness, the stigma of being famous and hurting. We must do more and be better. Anthony, our friend, would want it that way." 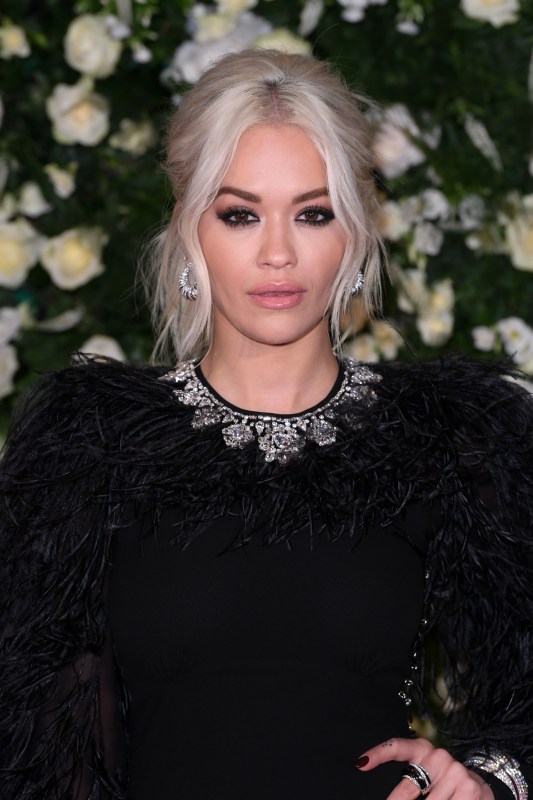