Oh, kiss me… It's been 22 years since Rachael Leigh Cook and Freddie Prinze Jr. stole our hearts in the teen cult classic "She's All That," and finally, our prayers for a reboot have been answered. TikTok sensation Addison Rae and actor Tanner Buchanan star in Netflix's reverse-gender take on the original 1999 prom-queen-makeover love story. To mark the premiere of "He's All That" on Aug. 27, 2021, Wonderwall.com is catching up with some of our favorite O.G. cast members.

Keep reading to find out what the stars of "She's All That" are up to nowadays!

RELATED: "One Tree Hill" cast: where are they now?

Rachael Leigh Cook starred in "She's All That" as unpopular, nerdy art-student Laney Boggs, who unknowingly found herself at the center of a cruel makeover-bet to turn her into the prom queen in six weeks.

RELATED: "Josie and the Pussycats" 20th anniversary: Where are they now?

In the two-plus decades following "She's All That," Rachael Leigh Cook racked up an impressive roster in film and television. In the early 2000s, she starred in a handful of comedic blockbusters and big-ticket thrillers, like "Josie and the Pussycats," "Antitrust," "Scorched," "The Big Empty," "Tempo" and "Nancy Drew." On the small screen, she shined in Steven Spielberg's "Into the West" miniseries, USA's detective drama "Psych" and TNT's FBI thriller "Perception" and lent her sketch-comedy voice to "Robot Chicken" for more than a decade. Evolving with the times, Rachael moved into streaming services as a first-time producer and star alongside Damon Wayans Jr. in the 2020 Netflix rom-com "Love, Guaranteed." More recently, she agreed to pay homage to the '90s rom-com that jump-started her career by reprising her role as Laney, who's now a mom, for Netflix's "He's All That" in 2021. Rachael isn't just playing a mother in the movie though; she has two children in real life: daughter Charlotte and son Theodore. Her nearly 15-year marriage to their dad, "Vampire Diaries" actor Daniel Gillies, ended in divorce in 2020 with some notable legal stipulations. They plan to use an equally funded joint bank account instead of spousal or child support and agreed to a full-disclosure policy for prospective romantic partners meeting their kids.

Rachael Leigh Cook wasn't as lucky in love as "She's All That" co-star Freddie Prinze Jr., whose marriage to Sarah Michelle Gellar is stronger than ever after more than two decades. He and the "Buffy the Vampire Slayer" star's long-lasting romance is a true exception to the Hollywood norm; they've seamlessly balanced their work and home lives as partners as well as doting parents to daughter Charlotte and son Rocky. Before fatherhood, he was quite the big-screen casanova with a slew of leading roles in 2000s rom-coms like "Down to You," "Head Over Heels," "Summer Catch," "Scooby-Doo" and "Jack and Jill vs. the World." Then a budding young heartthrob, he took a behind-the-scenes leap writing, producing and starring on his own 2005 ABC sitcom, "Freddie," though it only remained on the air for one season. Freddie, a big wrestling fan, went on to write for "WWE Smackdown!" from 2008 to 2009 and score a variety of other TV roles: He starred on NBC's "Friends," FOX's spy thriller "24," followed in Rachael's footsteps with cameos in "Psych" and "Robot Chicken," and even did a short stint as a game show host for USA's "First Impressions." In 2021, he starred on Peacock's one-season reboot of Soleil Moon Frye's '80s hit "Punky Brewster." He's also done voice work for animated series like "Star Wars Rebels," MTV's "Bordertown" and, more recently, 2021's Disney+ spinoff "Star Wars: The Bad Batch."

Anna Paquin established a solid name for herself in Hollywood long before "She's All That," as she won an Oscar for her work in 1993's "The Piano" at just 11 years old. With nowhere to go but up, her career soared into the current millennium with big movie roles in the likes of "Almost Famous," "Tell it to the Bees," Netflix's "The Irishman" and four installments of the "X-Men" franchise. She also added the title of producer to her resume along the way, working on both sides of the camera for films, "Blue State," "Free Ride" and "The Parting Glass." Anna's been producing more for the small screen in recent years on projects including the British series "Flack" and is filming an upcoming football biopic for the big screen, "American Underdog: The Kurt Warner Story." The bisexual star enjoyed a six-year run on HBO's vampire drama "True Blood" from 2008 to 2014, earning a Golden Globe for her work on the show, where she also met her husband of 11 years, actor Stephen Moyer. Together, they have a beautiful blended family with Stephen's son Billy and daughter Lilac from previous relationships plus the twins they welcomed together in 2012, Poppy and Charlie.

Usher Raymond starred in "She's All That" as the SoCal high school's resident campus DJ.

Usher Raymond's minor role in "She's All That" wasn't at all indicative of how big his career would grow. With eight Grammys under his belt to date, the music megastar is expected to release his ninth studio album, "Confessions 2," in 2021 as a follow-up to 2004's certified-Diamond "Confessions." He's also headlining "Usher: The Las Vegas Residency" with dates through 2022, and has a voice role in the animated sequel "Sing 2." The triple-threat has stayed relevant on the big screen in recent years with supporting roles in dramas like "Burden," "Hustlers" and "Bad Hair" but really stood out playing Sugar Ray Leonard in the 2016 boxing biopic "Hands of Stone." He's also been a force on TV, acting as a mentor on numerous seasons of NBC's singing competition show "The Voice." He started the Raymond Braun Media Group too, which was responsible for discovering pop star Justin Bieber. Usher's experienced quite a few highs and lows in his personal life over the last two decades, especially when it comes to his high-profile romances, like with TLC's Chilli Thomas and supermodel Naomi Campbell in the early 2000s. He also went through two very public divorces, splitting from Tameka Foster, with whom he shares sons Usher V and Naviyd, in 2009 and Grace Miguel in 2018 after he was accused of giving another woman an STD, which he's denied. Nowadays, he's settled down with music-exec girlfriend Jenn Goicoechea. They welcomed daughter Sovereign in 2020 and are expecting another baby in 2021.

Jodi Lyn O'Keefe dedicated more of her time to the small screen in the two decades following "She's All That," though she did star in a few hot movies in the early 2000s including "The Crow: Salvation," "Whatever It Takes" and "Frozen Ground" with ex John Cusack (they dated for five years prior to filming). Over the years, her real bread and butter work was with cameos on popular sitcoms like "Boston Legal" and "Two and a Half Men" along with leading roles on a handful of successful TV series. Jodi's career took off after a five-year run on the '90s CBS police drama "Nash Bridges" and a high-profile romance with the show's star, Don Johnson. She went on to enjoy roles on FOX's "Prison Break," the CW's "Vampire Diaries" and, more recently, VH1's sports drama "Hit the Floor." It's unclear if she'll appear on a "Nash Bridges" movie revival that's in the works. Jodi also dabbled in fashion with her Queen George Clothing line in 2011 and is currently also a licensed bounty hunter. As for her personal life, she's been linked to artist Douglas Little in recent years.

Matthew Lillard starred in "She's All That" as the pompous dude who swiped Zack's girlfriend, Brock Hudson. His character was a too-cool-for-school reality star who found fame on MTV's "The Real World."

Like Rachael Leigh Cook, Matthew Lillard also appears in Netflix's 2021 "He's All That" reboot and has remained quite busy in Hollywood since starring in the original. At the start of the aughts, he reunited with "She's All That" co-star Freddie Prinze Jr. for the rom-com "Summer Catch" and a live-action rendition of "Scooby-Doo" for the big screen. He not only went on to reprise his role as amateur detective Shaggy Rogers in the 2004 sequel but lent his voice to the character for 20 more animated film follow-ups, numerous TV specials and Boomerang's series "Scooby-Doo and Guess Who?" Matthew somehow made time for other projects in between playing Shaggy, making his directorial debut with 2012's "Fat Kid Rules the World," appearing on Showtime's 2017 "Twin Peaks" revival and more recently wrapping three years on NBC's "Good Girls." All the while, he's managed to maintain a happy home life with his wife of more than two decades, Heather Helm. The couple are parents to three teens: Addison, Macey and Liam.

In the early years following "She's All That," Clea DuVall starred in a slew of blockbusters like "Girl, Interrupted," "21 Grams," "Zodiac" and "Argo." She's more recently stepped up her behind-the-scenes game as the director, writer and producer of 2016's "The Intervention" as well as 2020's "Happiest Season" starring Kristen Stewart. She's also racked up a solid list of TV credits in the last two decades with big roles on hit series like "Carnivàle," "Heroes," "American Horror Story: Asylum," "Better Call Saul," "The Handmaid's Tale" and HBO's "Veep." Clea took it up yet another notch in 2021 as she co-created and voiced her own animated sitcom, FOX's "HouseBroken." She'll next star on Showtime's upcoming political anthology series "The First Lady." Since coming out as a lesbian in 2016, Clea — who was last romantically linked to musician Camila Grey — has been an advocate for LGBTQ+ voices.

Dulé Hill starred in "She's All That" as Preston, one of Zack's party-animal pals.

In the years after "She's All That," Dulé Hill focused more on small-screen gigs and became a bona fide TV star with numerous hit series under his belt. He scored an Emmy nod for his work on NBC's political drama "The West Wing" and after a seven-season run jumped right into another smash hit, starring on USA's detective comedy "Psych" for eight years. During that time, he helped out behind the scenes as a producer and went on to create two made-for-TV movies based on the series: 2017's "Psych: The Movie" and 2020's "Psych: Lassie Come Home." He more recently starred on HBO's "Ballers" with Dwayne Johnson, "Doubt" and the legal drama "Suits." In 2021, he'll star as the dad on ABC's reboot of "The Wonder Years." Dulé divorced first wife Nicole Lyn in 2012 and met his current wife, Jazmyn Simon, on the "Ballers" set. The couple tied the knot in 2018 and welcomed son Levi the following year. He also adopted Jazmyn's teenage daughter, Kennedy, from a previous relationship. 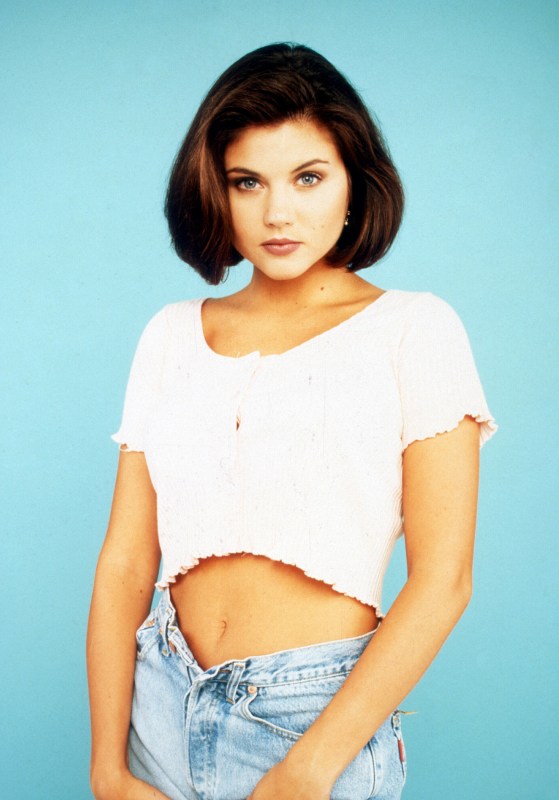