Wonderwall.com is taking a look back at the celebrities who found love, suffered heartbreak or experienced some other major event in their love lives in March 2019, starting with this happy news… Alex Rodriguez popped the question to Jennifer Lopez on the beach at Baker's Bay in the Bahamas on March 9. The duo took to Instagram to announce their engagement and to show off J.Lo's massive engagement ring. Now keep reading for more of the month's biggest celeb love life updates…

On March 23, the same day that Nicolas Cage filed for a marriage license in his hometown of Las Vegas, the actor tied the knot for the fourth time. But it wasn't meant to be for him and Erika Koike: The "Gone in 60 Seconds" star filed for an annulment on March 27.

On March 21, multiple media outlets sparked rumors that Lady Gaga and Jeremy Renner are a couple by reporting that the duo have grown close follow her breakup from Christian Carino.

Multiple media outlets reported on March 20 that Emma Roberts is dating Garrett Hedlund, signaling that her off-and-on relationship with Evan Peters had come to an end (again). According to one Us Weekly source, "It wasn't a bad breakup." Said another insider, "Garrett and Emma have been friends, but this is new, casual and just a couple of weeks old."

Zac Efron is dating Olympic swimmer Sarah Bro, Us Weekly confirmed on March 6 after the duo were seen together multiple times in late February and early March.

Danielle Staub started March on a high note after wrapping up her extremely contentious divorce from third husband Marty Caffrey on Feb. 21 and getting engaged to her new boyfriend, Olivier Maier, in St. Barts on Feb. 28 — just three days after she debuted their relationship on Instagram. The new couple planned to tie the knot before a justice of the peace in New York City on March 4, but two days before they were set to say "I do," they put their nuptials on hold because the reality star's two adult daughters were "pushing back" on her whirlwind race to the altar. Two days after that, multiple media outlets reported that Danielle and Oliver had called it quits. But not so! On March 4, the reality star took to her Instagram Story to shoot down reports that they'd parted ways by sharing a video of herself and Olivier sharing a tender moment during a night out.

Colton Underwood and Cassie Randolph revealed on the March 12 finale of Season 23 of "The Bachelor" that they're dating and in love (but not engaged) after he successfully wooed her following her decision to leave the show during Fantasy Suite night. He subsequently dumped his remaining potential loves, Tayshia Adams and Hannah Godwin — who said she felt "so blinded" by the breakup — to pursue his now-girlfriend. That same night, ABC announced that Hannah Brown will be the next star of "The Bachelorette."

Ben Affleck and Lindsay Shookus spent March proving that they're definitely back together. The duo were photographed walking in New York City on March 1, just a few days after Us Weekly reported that they'd "picked up right where they left off" after reconnecting following their mid-2018 breakup. Two days later, the "Saturday Night Live" producer was photographed walking behind the Oscar winner at the NYC premiere of his new Netflix film, "Triple Frontier." Then on March 11, Ben called Lindsay his "girlfriend" during an encounter with an X17 cameraman.

The Blast reported on March 17 that Angelina Jolie and Brad Pitt are working on a deal that will legally end their marriage even though they've yet to officially settle their divorce — which could take several more months as the former couple continue dividing their assets and ironing out a permanent custody agreement for their kids.

People magazine reported on March 18 that Justin Bieber and Hailey Baldwin, who officially tied the knot at a New York City courthouse in September, have postponed their big wedding for family and friends (again) as the pop star focuses on his mental health.

On March 28, TMZ reported that John Cena stepped out for a four-hour dinner date with a mystery brunette in Vancouver, where he's been working on a movie project. The duo reportedly held hands and strolled arm-in-arm during their outing.

Page Six reported on March 6 that E! host Morgan Stewart, who's married to her former "Rich Kids of Beverly Hills" co-star Brendan Fitzpatrick, had an affair of more than two years with her boss, former E! exec Bryce Kristensen (right), who was also married but has since parted ways with his wife. Both Morgan and Bryce have maintained that they're just friendly colleagues.

Kate Beckinsale's former love Matt Rife made headlines when he shared some shady words about his ex during a March 4 chat with TMZ in Hollywood. The comedian described their relationship as "complicated," with "a lot of ups and downs." Then after saying that he's happy for the actress and her new boyfriend, Pete Davidson, Matt shared some befuddling words of advice for the "Saturday Night Live" star: "Run. Enjoy it while you can," he said, later adding that Pete should "just be careful" with Kate. He concluded by saying there's absolutely "not a chance" he'd ever reconcile with the "Underworld" star.

Several media outlets reported on March 19 that according to Vicky Ward's new book about the Kushner clan, "Kushner, Inc.," Joshua Kushner's relationship with now-wife Karlie Kloss caused problems with his family for years. According to Town & Country, though the family eventually warmed to the model, they once banned her from attending family gatherings and "refused to even meet her" for six whole years because of her suburban, non-Jewish upbringing and the perception that she's "not that smart" because she hadn't been to college yet when she started dating Josh.

The Sun reported on March 18 that Millie Bobby Brown is dating Romeo Beckham.

Nikki Bella and Artem Chigvintsev proved they're more than just friends on March 10 when they were spotted kissing at a restaurant in Los Angeles. Then on the March 27 episode of "The Bellas Podcast," the brunette beauty said that she and her former "Dancing With the Stars" partner — to whom she was first linked in January — are "dating" and "having fun" but not exclusive. She's also dating other people, she said.

Amber Heard locked lips with "It" director Andy Muschietti in Los Angeles on March 13, signaling that her relationship with Vito Schnabel had come to an end. The art dealer, meanwhile, was photographed looking chummy with model Denise Schaefer in New York City on March 12.

Kiernan Shipka sparked rumors that she's dating Gary Oldman's son, model Charlie Oldman, when they were seen walking with their arms wrapped around each other in West Hollywood on March 20. (See the photos here.)

Lea Michele and Zandy Reich, who got engaged in April 2018, tied the knot in Northern California on March 9.

The Mirror reported on March 5 that Rita Ora and Andrew Garfield called it quits earlier this year after their romance of a few months "fizzled out." But The Sun characterized the breakup a tad differently, reporting that the privacy-loving Oscar nominee dumped the singer-actress because her life is too much in the spotlight.

Chance The Rapper and Kirsten Corley, who got engaged on the Fourth of July in 2018, tied the knot at the Pelican Hill resort in Newport Beach, California, on March 9 — more than two months after they technically made things official with a civil ceremony at the Cook County clerk's office in Chicago on Dec. 27.

TMZ reported on March 18 that Pamela Anderson and Adil Rami, who called it quits in September, reconciled "several weeks" ago — against her friends' wishes.

Tamron Hall took to Instagram on March 4 to drop a major bombshell: Not only is she pregnant with her first child but she also secretly tied the knot. Page Six reported that the former "Today" show host married music executive Steven Greener, though it's unclear when exactly they started seeing each other or made things official.

Sammi "Sweetheart" Giancola took to Instagram on March 5 to announce that she and her boyfriend of two years, Christian Biscardi, are engaged.

Princess Beatrice and her boyfriend, property developer Edoardo Mapelli Mozzi, made their official public debut as a couple at the Portrait Gala at the National Portrait Gallery in London on March 12, 2019.

Mark Ronson is dating "Saturday Night Live" talent executive Rebecca Schwartz. The duo were photographed holding hands in New York City on March 3 — a week after his interview for the cover of WSJ. Magazine's March 2019 Men's Style Issue hit the Internet. In the interview, the Oscar-winning music producer says he's "in a relationship" with "a nice girl."

Writer Cat Marnell prompted rumors that Kelly Rohrbach and Steuart Walton are engaged when she tweeted in mid-March that she overheard the Walmart heir discussing his upcoming wedding while sitting across from him on a train in Switzerland. She's since deleted the tweets, which the model-actress and the businessman — who were first linked publicly in May 2017 — have yet to address.

During an interview with WSJ. Magazine that hit the Internet on March 20, Grimes suggested that she and Elon Musk are still an item. The couple has kept their relationship out of the spotlight since mid-2018.

Also still going strong? Ewan McGregor and Mary Elizabeth Winstead, who were first linked in late 2017 and faced breakup rumors in early 2018. The former "Fargo" co-stars made a rare public appearance in West Hollywood on March 17.

Brandon Jenner prompted rumors that he's moved on from ex-wife Leah Jenner following their mid-2018 split when he and a woman named Cayley Stoker shared photos of themselves vacationing together in Joshua Tree, California, on Instagram on March 17.

Former "American Idol" contestants Gabby Barrett and Cade Foehner got engaged at the same Los Angeles hotel where they first met in 2018, they told People magazine in a joint interview that hit the Internet on March 22. 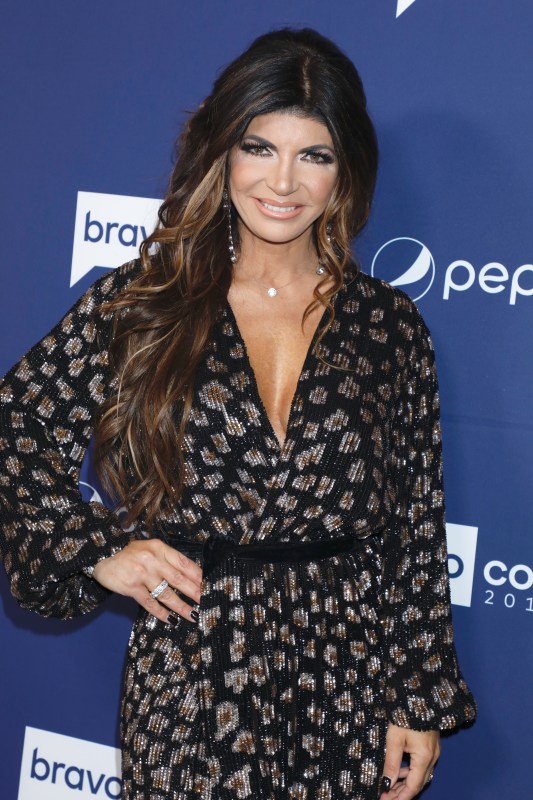 Check out the biggest celebrity LGBTQ stories of the year

What a crazy year

The biggest celeb stories of 2020